Shortly after my daughter was born, I was having a conversation with a work colleague about all my fears related to being a new mom. I remember telling her how worried I was about taking care of an infant. Would I know what she wants from me when she cries? Was I making a mistake switching from breast milk to formula? I’ll never forget the knowing smile on her face as she said to me, “Amit, newborns are easy. Just wait till your daughter is a teen.” Boy, was she right! As the saying goes, little kids, little problems. Now that my daughter is 19, I feel qualified to impart some advice and to reassure you that you’re not alone. All girls are different, but regardless of their personality and circumstances, teen girls have to deal with a barrage of challenges. The short list includes surging hormones, social pressures, and navigating an ever-changing, digitally influenced world. That said, teenage girls have a way of disrupting even the most well-intentioned mom. So, forgive yourself for wanting to throw things (been there) and try to adopt these 7 rules for surviving life with a teenage girl. 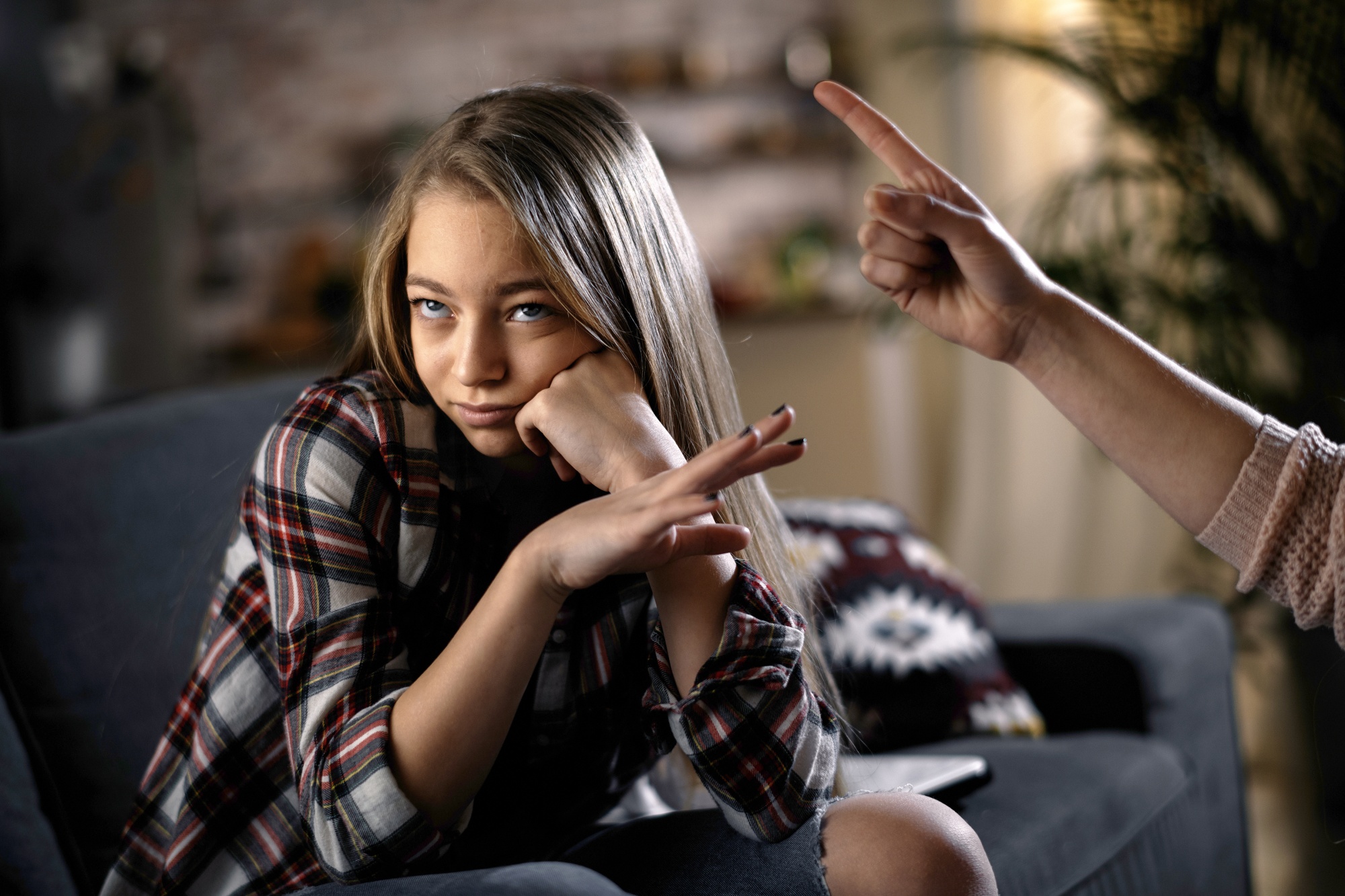 When my teen rolls her eyes, the meaning of her nonverbal message is not hard to decode. I speak for every mom reading this that when my daughter does it, it literally makes my blood boil. What’s even more frustrating is that when she started doing it (around age 13), the disrespectful eye roll was a dramatic departure from my sweet little girl’s “normal” behavior. As difficult as it is, when your teenager rolls her eyes during a conversation, fight the urge to call it out and tell her to stop. Don’t give her the power by exploding over this almost instinctual tic. Instead, take a deep breath and try to shake it off. Easier said than done, I know! But you’ll get more bang for your buck if you try to understand that eye rolls are a sign your daughter is beginning to think for herself. It’s annoying, but according to Psychology Today, it’s also developmentally appropriate. Plus, she’ll eventually grow out of it. 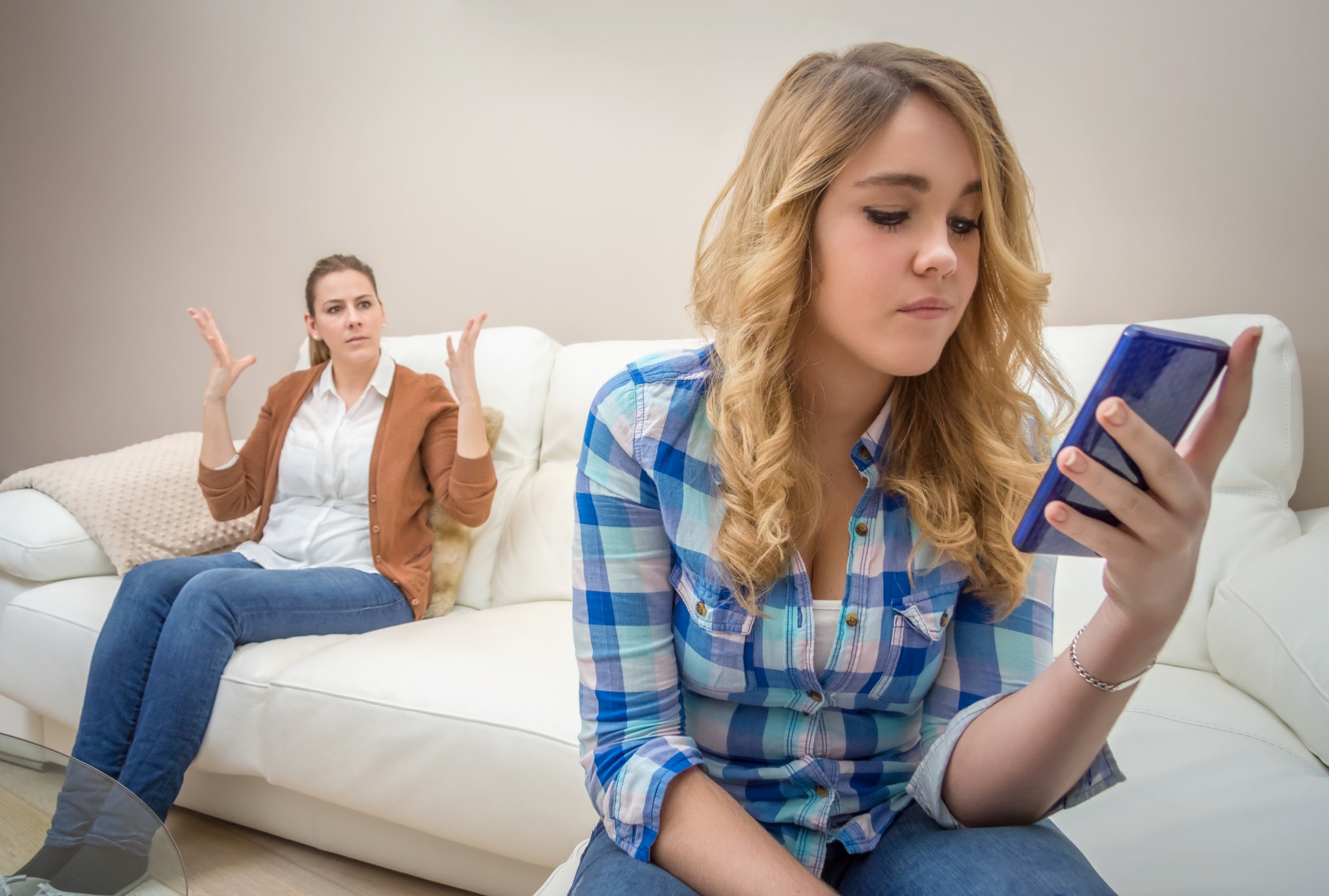 Teens are selfish. It is what it is. Leon Scott Baxter, author of Secrets of Safety-Net Parenting offers some sound advice. He says that due to hormonal changes, it is developmentally normal for teens to go through a self-centered stage. Baxter writes, “During this time, teens tend to produce more oxytocin receptors. Although this is often called the ‘bonding hormone,’ its effects on a teen’s limbic system (the emotional side of their brain) can cause him or her to be self-focused. It’s also a time of healthy self-discovery when teens are naturally separating their identity from their parents.” Simply put, don’t expect your daughter to notice that you might be having a hard day, or that her shoe request is unreasonable. This doesn’t mean that you shouldn’t discuss empathy, but don’t be surprised if you get the dreaded eye roll. 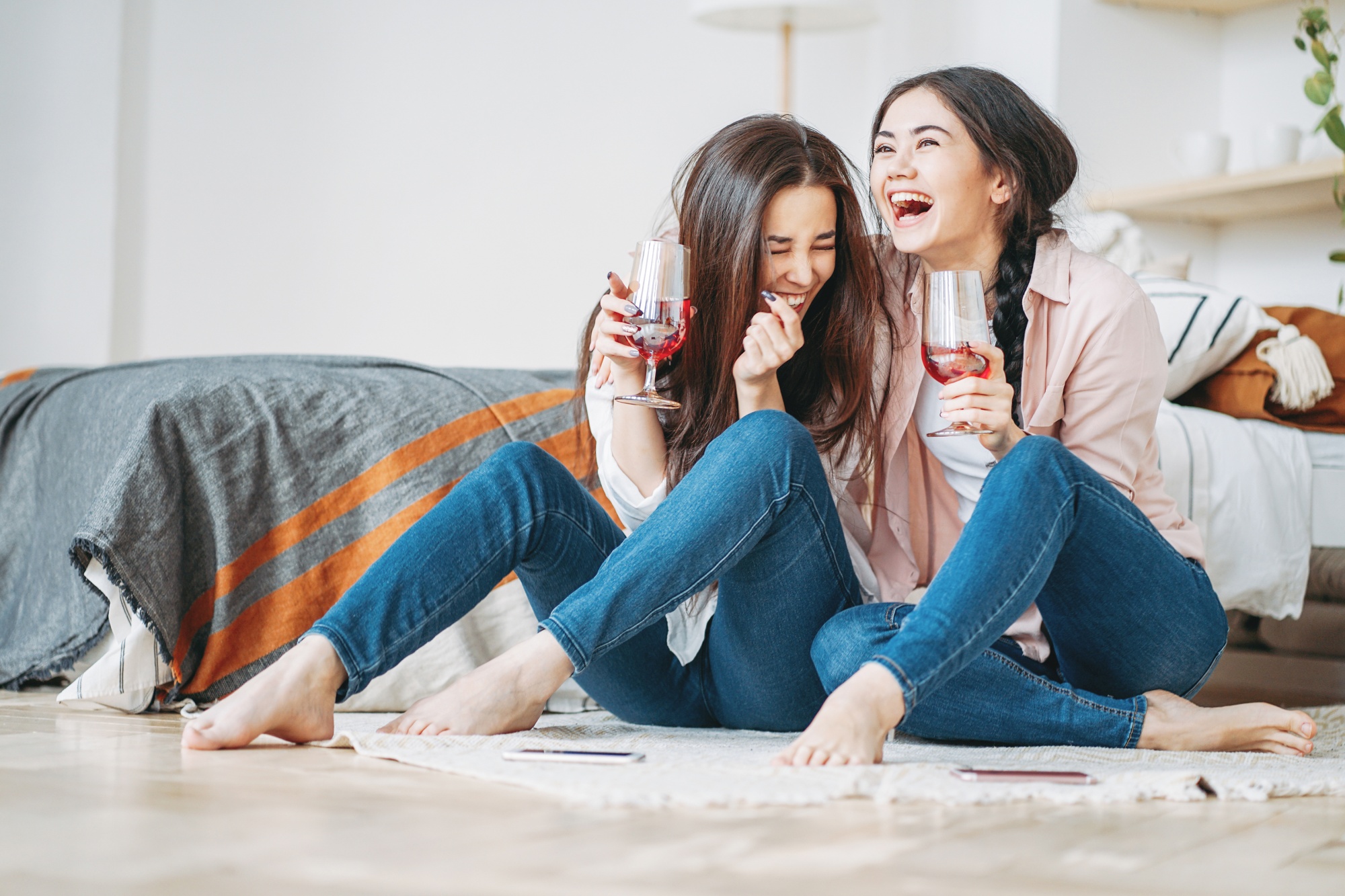 #3 | Proceed Carefully When Discussing Her Friends

During the teen years, girls shift their focus from family to their tribe of friends. This tribe might be influencing your daughter to do things you don’t approve of. However, as tempting as it is to call out a girl who is being mean to your daughter or pressuring her to engage in negative behaviors, use caution. I know the natural desire is to protect your kid, but don’t openly judge her friends.

If your daughter tells you about an issue, try really hard not to overreact or trash the friend. Pause for a moment and be happy that she’s actually opening up to you. Assess if your daughter is unloading or asking for your assistance. If she’s just unloading, refrain from criticism. You want her to feel safe coming to you to work out a problem. The last thing you want is for your daughter to regret coming to you and shut you out. 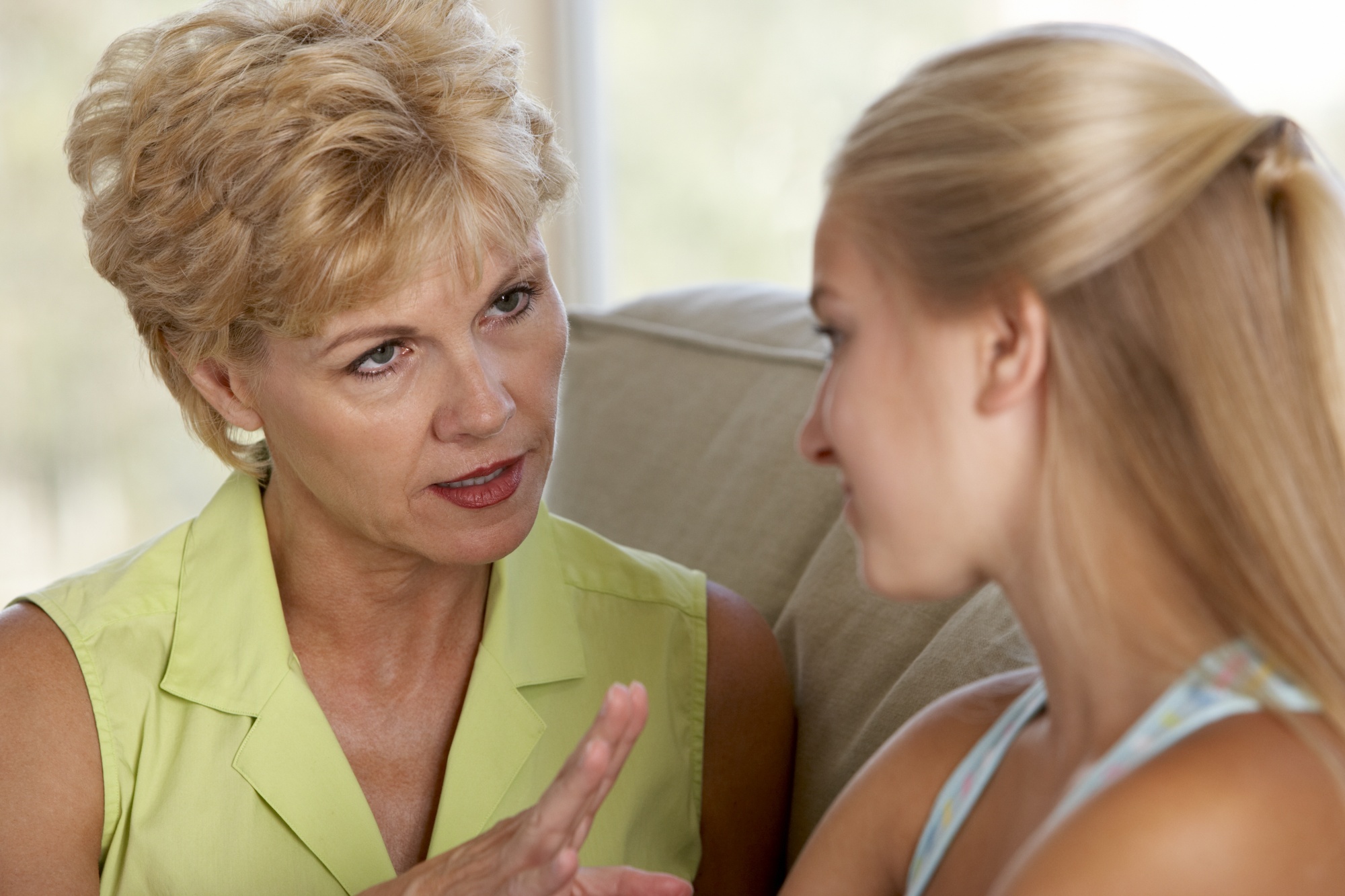 So far, it may seem like I’m telling you to tip-toe around your girl. I’m not. I’m suggesting you pick your battles. Although teen girls can be rude, hurtful and push all your buttons—it’s so important not to lose your cool. Instead of getting into an argument or allowing your daughter to escalate the situation (which they are so good at), be the grown-up. Say firmly, but calmly, “You aren’t allowed to speak to me like that. Let’s talk about this later, when we’re both calm.” You may even consider a small punishment to teach that sassiness has ramifications. But never punish out of anger. It’s even more important for you to remember that your teen is a sea of raging hormones. Don’t hold it against them or give them the silent treatment. Conversation is always better than scare tactics and ultimatums. 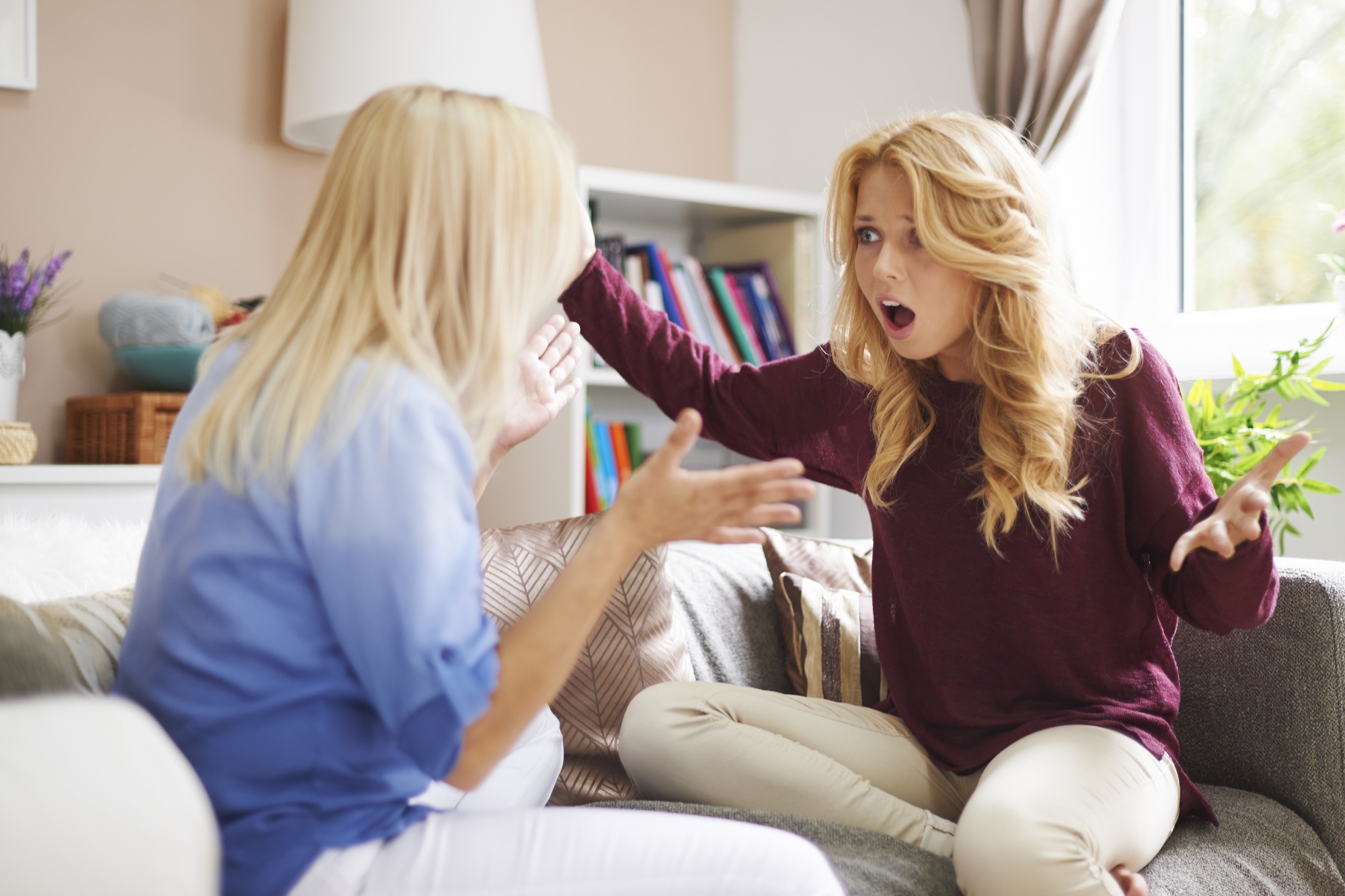 Our teen girls have a gift for hitting us where it hurts the most. As much as you may feel compelled to explode (and rightfully so in many cases), don’t. If she screams that she hates you, bite your tongue. I’ve been in the heat of the moment where this seems like an impossible task, but shouting gets you nowhere. It’s important to lower your voice. Say anything you have to say in a voice only slightly above a whisper. If you can’t manage that, tell her that you’ll discuss the subject later, when you calm down.

As hard as it may be sometimes, never let her reduce you to tears. Go to your room or for a walk outside and cry your eyes out in private. As much as your teen is pushing your buttons, she still needs to see that you’re in charge in order to feel subconsciously secure. 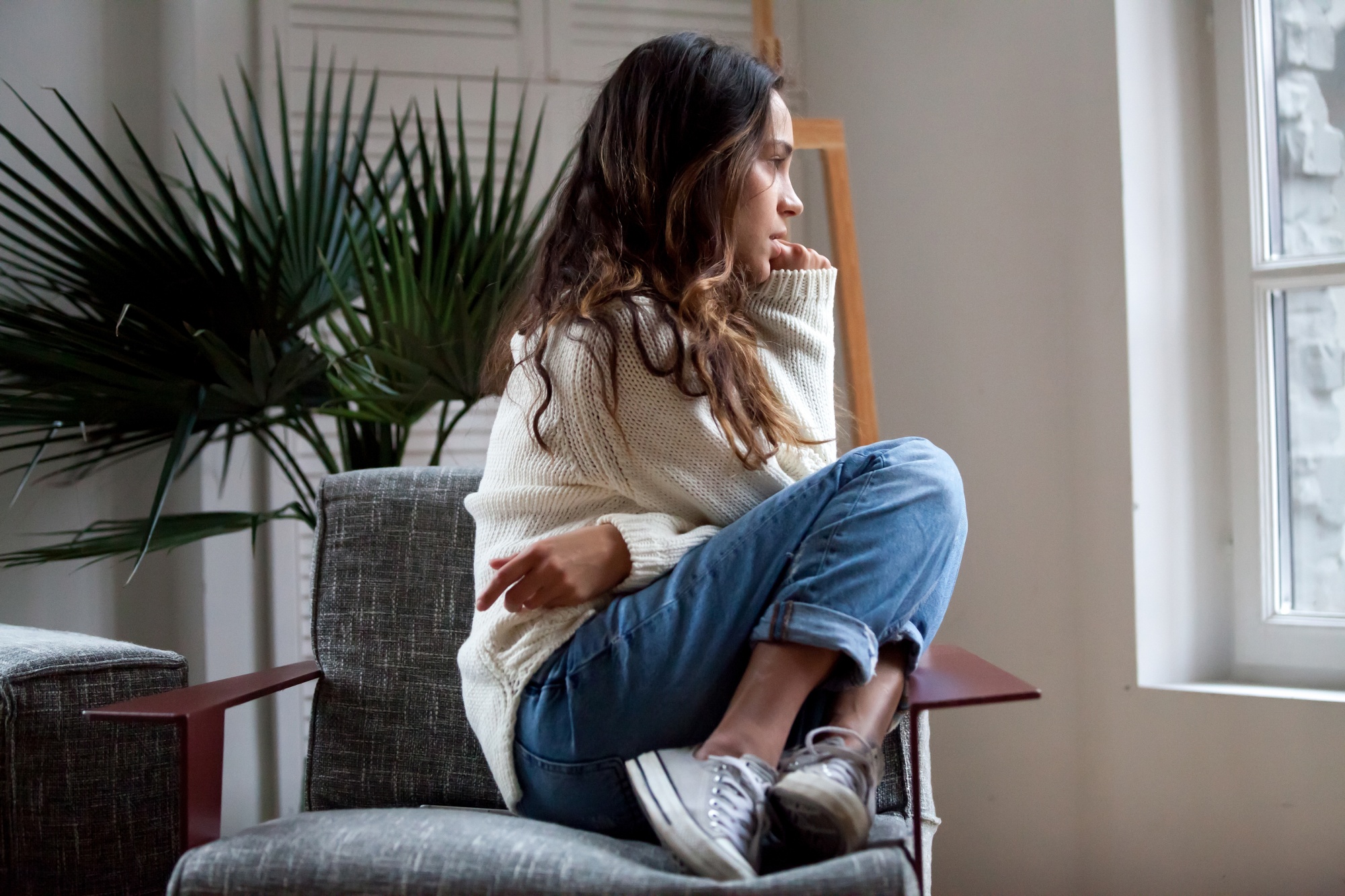 It’s no fun to watch any child struggle, but a big part of building a sense of self-worth and independence is the ability to bounce back from a setback. My favorite line from the film Batman Begins is when Alfred tells his charge, “Do you know why we fall Master Bruce? So, we can learn to pick ourselves up.” Don’t bail your daughter out of a school project she procrastinated doing by writing a note to her teacher. Allow her to learn from the consequences and realize that the world doesn’t end if she screws up. Facing consequences and overcoming challenges is part of becoming a resilient adult. Therapist Marika Lindholm writes in an article for Psychology Today, “Too many teens lack the fortitude to make it in college because of parental intervention.” So of course, be there for your daughter, but don’t rescue her from her mistakes. 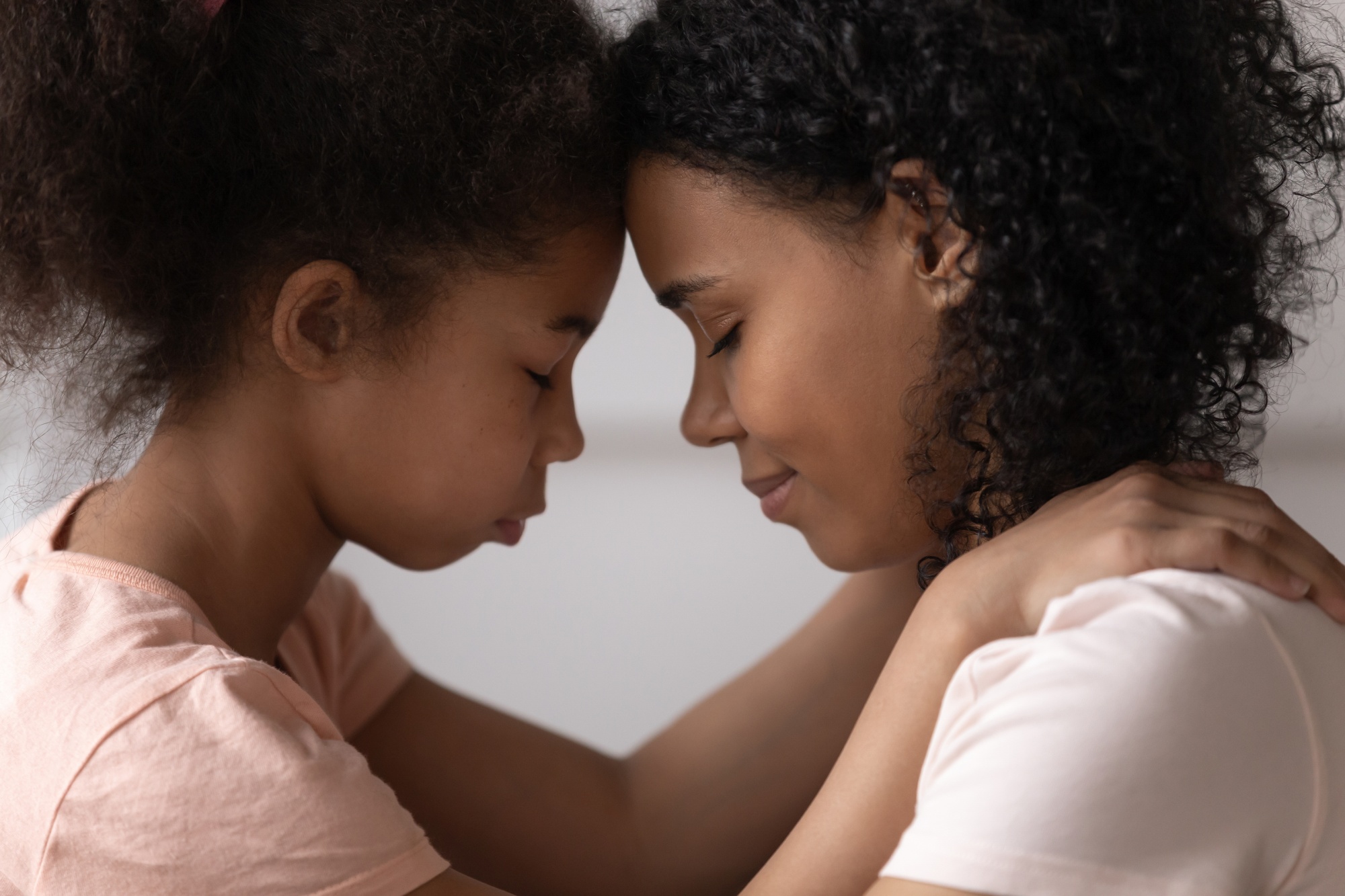 Only a saint can parent a teen without having a few moments she’s ashamed of (in my case, more than a few). If you resort to shouting, shaming, insulting or throwing things, you’re not alone. But you need to acknowledge your bad behavior and move forward. Take ownership and apologize. An apology will go far in terms of role modeling and building a connection with your daughter. Show your daughter that being an adult doesn’t mean being perfect, but it does mean admitting to your mistakes and making amends. After one particularly vicious fight, where I stooped pretty low, I apologized to my daughter and offered an explanation as to why I’d lost it. She appreciated it so much, that she went on to tell me that she wished her friends’ moms were as cool as me. That was the ultimate compliment!

We’d love to hear some of your experiences in surviving life with your teenager. Please share in the comments below!
For tips on how to have “the talk” with your teens, read this helpful post. 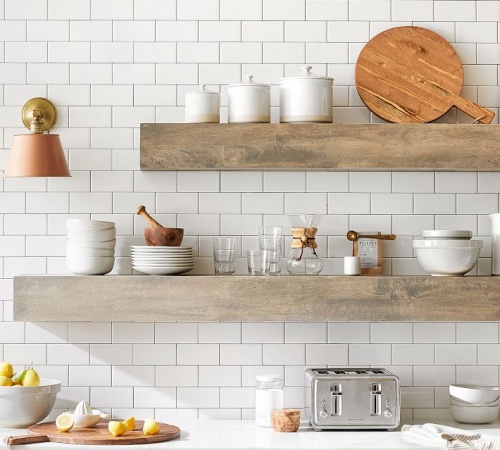 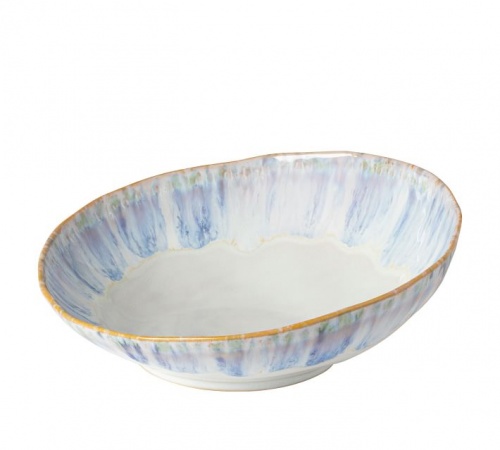 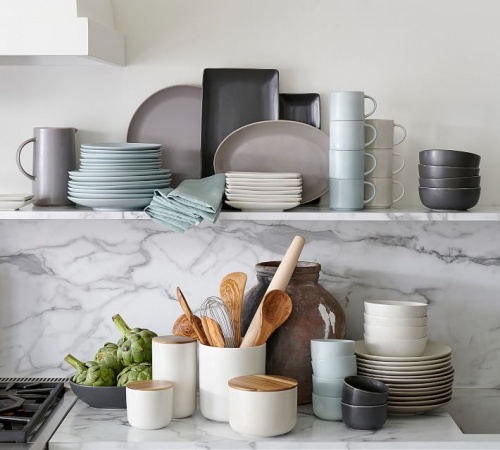 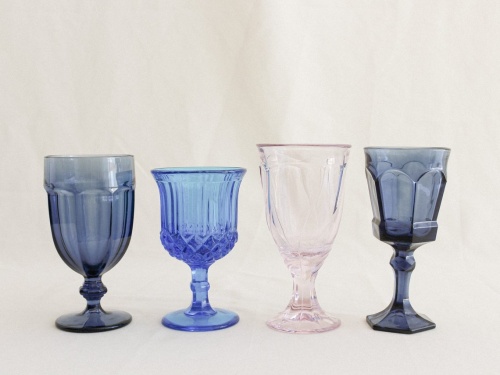 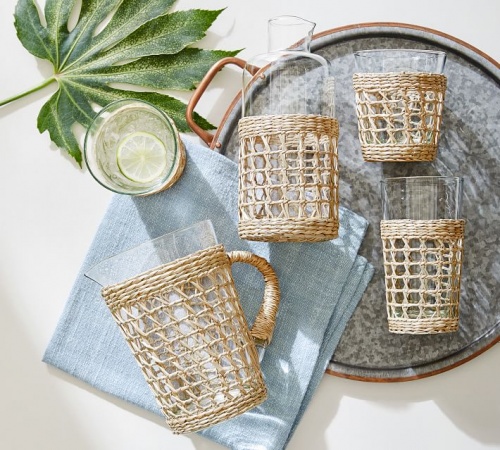 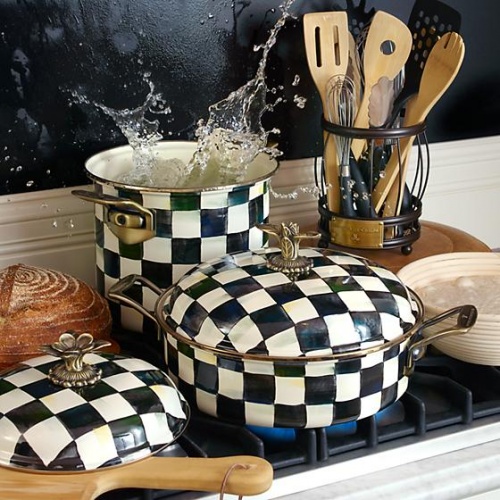 How To Style Pinterest-Worthy Floating Kitchen Shelves Like A Pro

Floating kitchen shelves CAN be functional and beautiful. Read on and discover just how to…
Read + Shop
BEAUTY

Are you looking for the perfect concealer for mature skin? I've got you covered.
Read Post
Shop 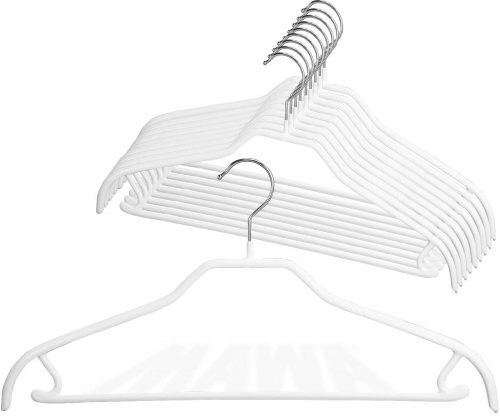 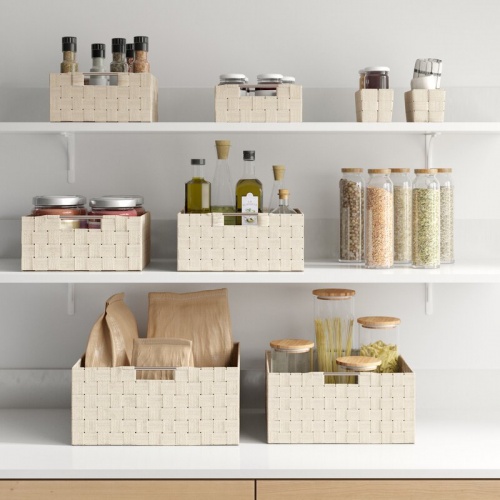 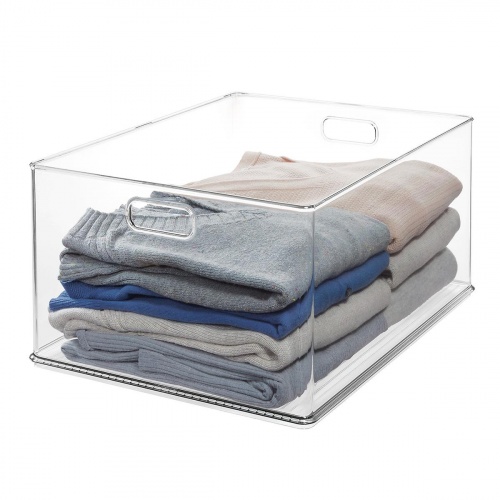 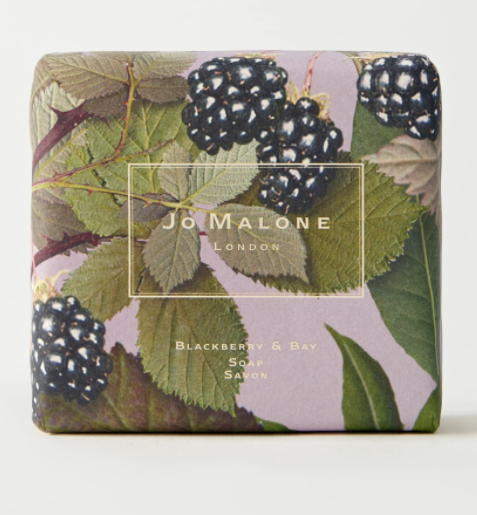 How To Love Your Tiny Closet…And Make It Functional

If you are suffering from spacious-closet envy, fear not. You CAN learn to love your…
Read + Shop
Mind

How To Embrace And Turn Negative Thoughts Into Joy