These days, it may be some time before you’re hopping on a flight for an overseas vacation. While you need to get away, you’re probably still thinking of steering clear of highly populated destinations and resorts. The good news is you don’t have to travel halfway across the globe to separate yourself from civilization. We’ve found some of the most remote and absolutely beautiful destinations worth visiting right here in the United States. In a land full of big, famous cities, we often overlook the hidden gems we have scattered throughout the country. Going to a secluded place in the States where you have time to really clear your head, just may be the best way to recharge after a crazy year. 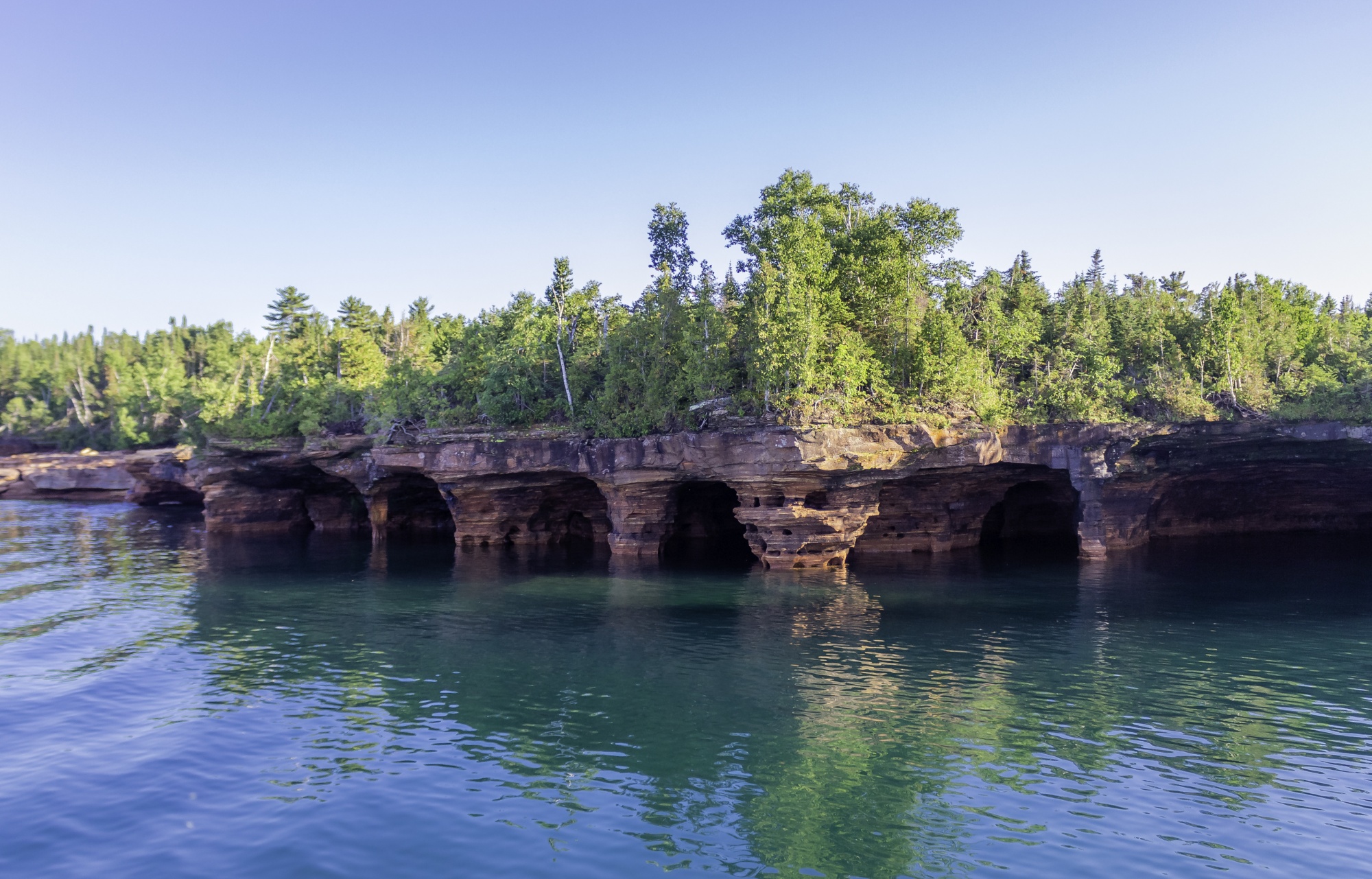 The Apostle Islands sit way up north on Lake Superior. There are 21 islands and 12 miles of mainland coast that are home to windswept beaches, sandstone cliffs and a unique blend of cultural and natural resources. Apostle Islands National Lakeshore is also known for more lighthouses than any other site in the National Park System. There are 9 historic towers to visit on 6 different islands. You can also hike, kayak, sail or scuba-dive to experience crystal-clear water, underwater rock formations, and fascinating shipwrecks. 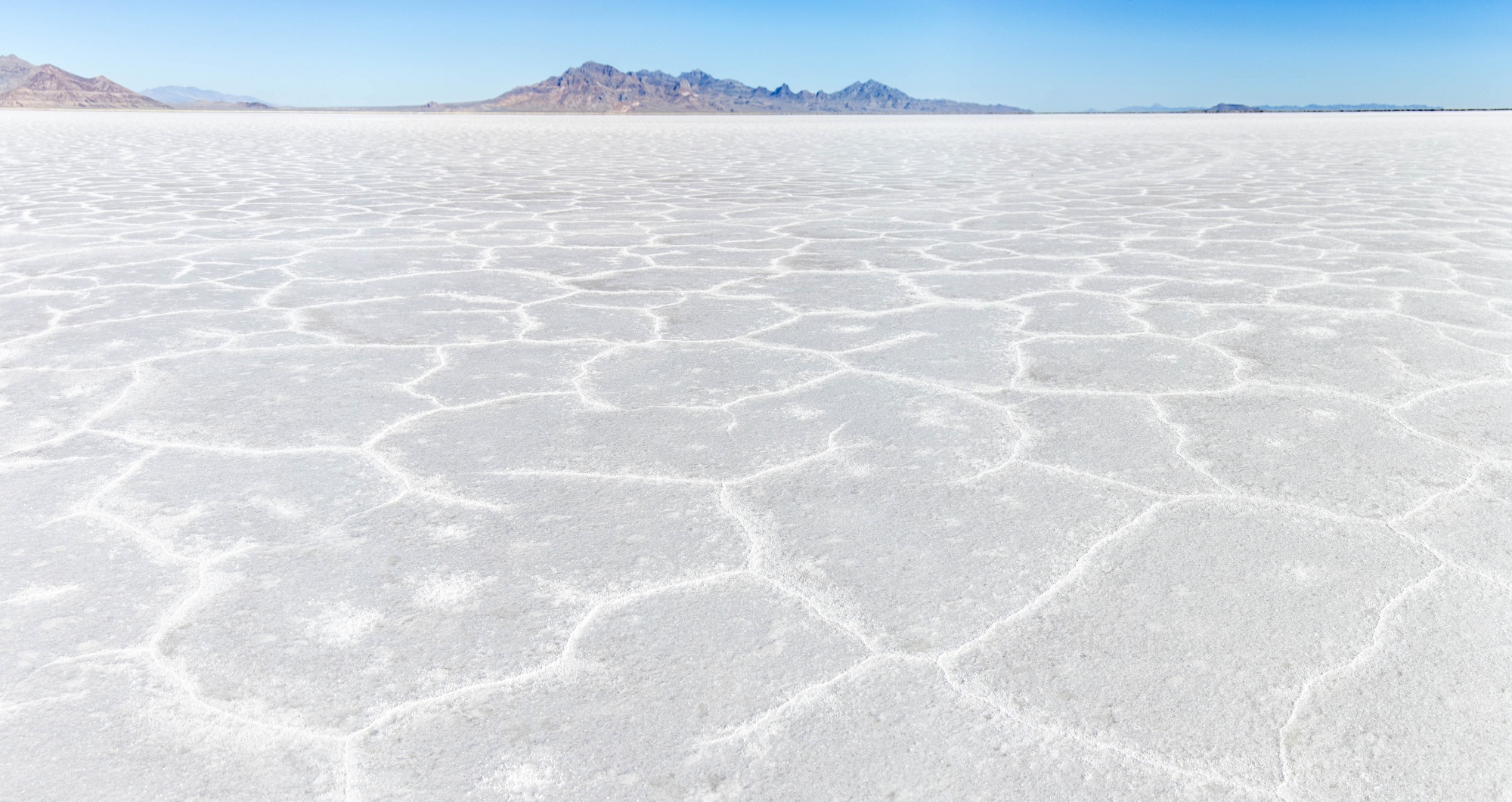 Imagine a place so flat you swear you can see the curvature of the planet. Bonneville Salt Flats is so barren, not even the simplest life forms can exist. The 30,000 acre-expanse of hard, white salt crust on the western edge of the Great Salt Lake basin, is one of the most unique natural features in Utah. The flats were formed when the ancient Lake Bonneville dried up. It eventually shrank below its outlet and as water continued to evaporate, salt deposits were the only thing left along with a breathtaking, remote destination. 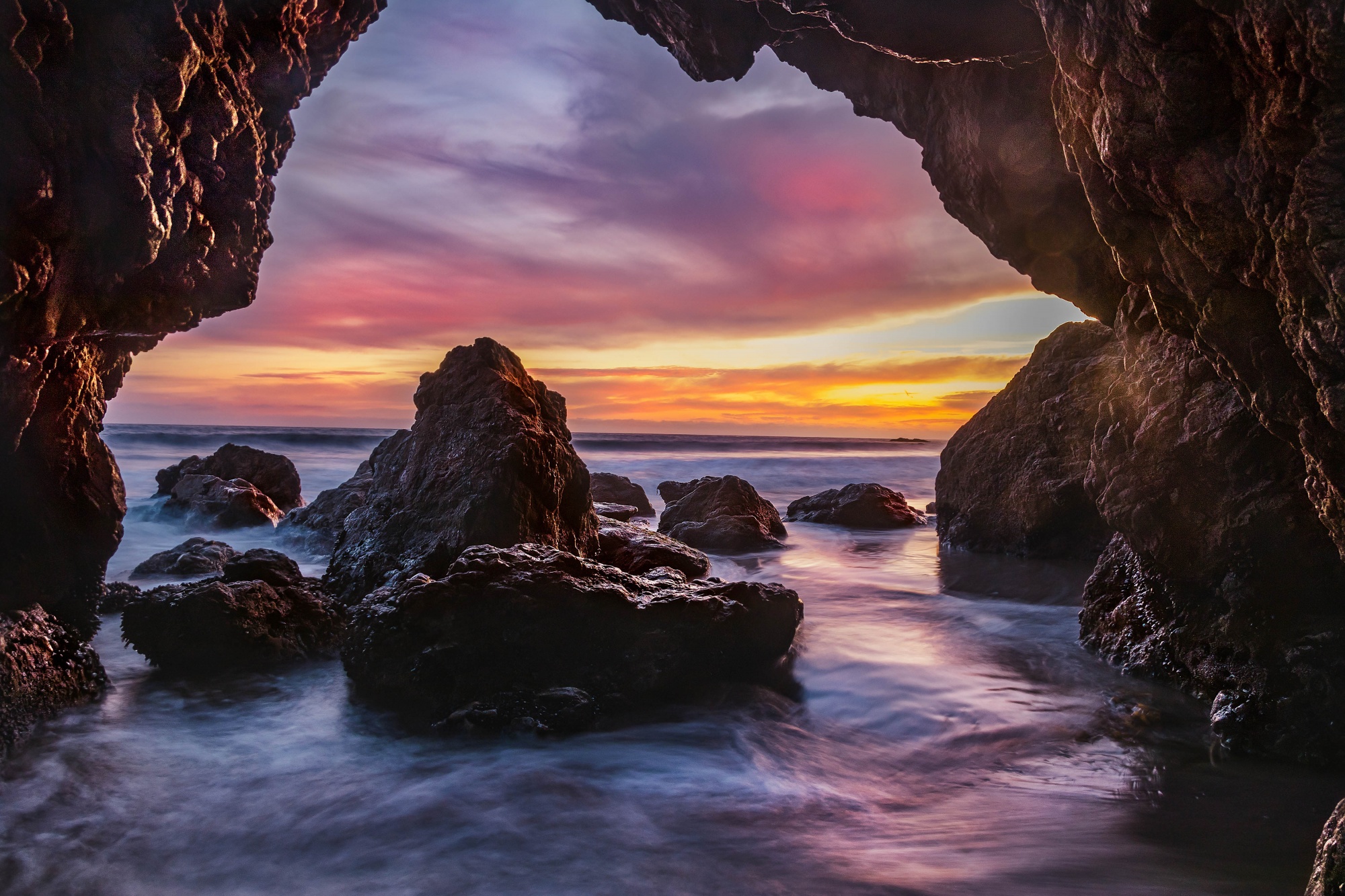 The coast of Malibu is well-known for some of the best beaches in the entire country. El Matador State Beach is arguably the crown-jewel of these beaches. Its natural beauty is hidden away down a steep staircase with dramatic craggy rock formations that look like they’ve risen up from the Pacific. You can get a gorgeous glimpse at undersea life in the tide pools. It’s not a huge beach, but underneath the cliffs, the rocks have archways and holes you can crawl through during low tide. This makes for some spectacular views, especially at sunset. 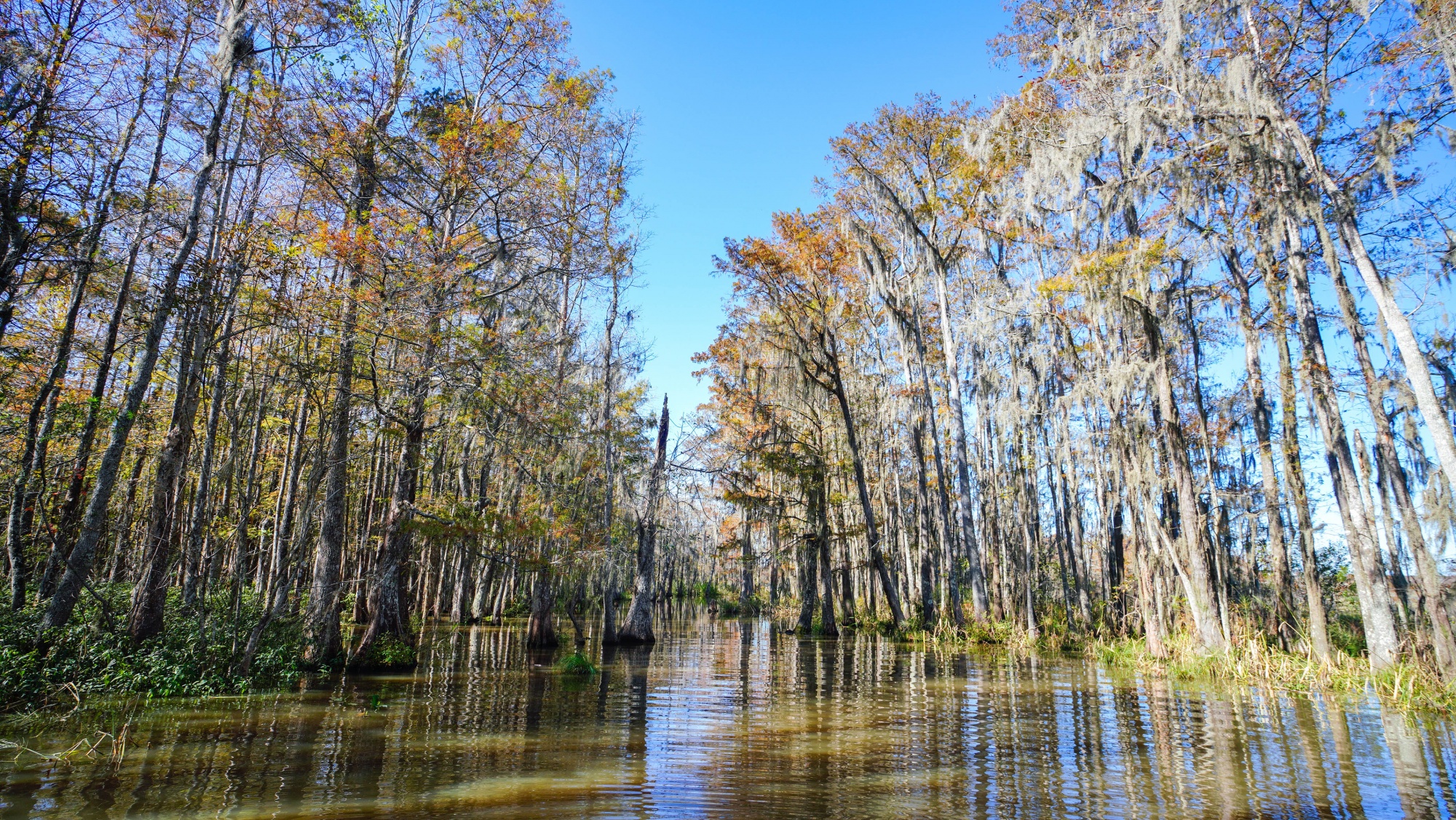 It’s easy to feel like you’re in a completely different world while you’re kayaking through a bayou. Honey Island Swamp is unique because it’s one of the least-altered river swamps in the country. It’s pretty much in its original condition, almost a pristine wilderness. The swamp covers an area over 20 miles long and nearly 7 miles across. Most of its acreage is government-sanctioned as a permanently protected wildlife area. Animals you’ll spot include alligators, raccoons, owls, wild boars, snakes, turtles, bald eagles and black bears. Oh my!

Say farewell to worry and stress and say hello to the mellow island vibe in northwestern Washington near Victoria, Canada. San Juan Islands are famous for the majestic Orca whales that inhabit the waters year-round. It’s also one of the nation’s most beautiful areas to hike, bike, swim, or go horseback riding. There are several lakes and more than 38 miles of hiking trails in the 5,252-acre Moran State Park forest. All that makes it a perfect place to stay and play any time of the year. 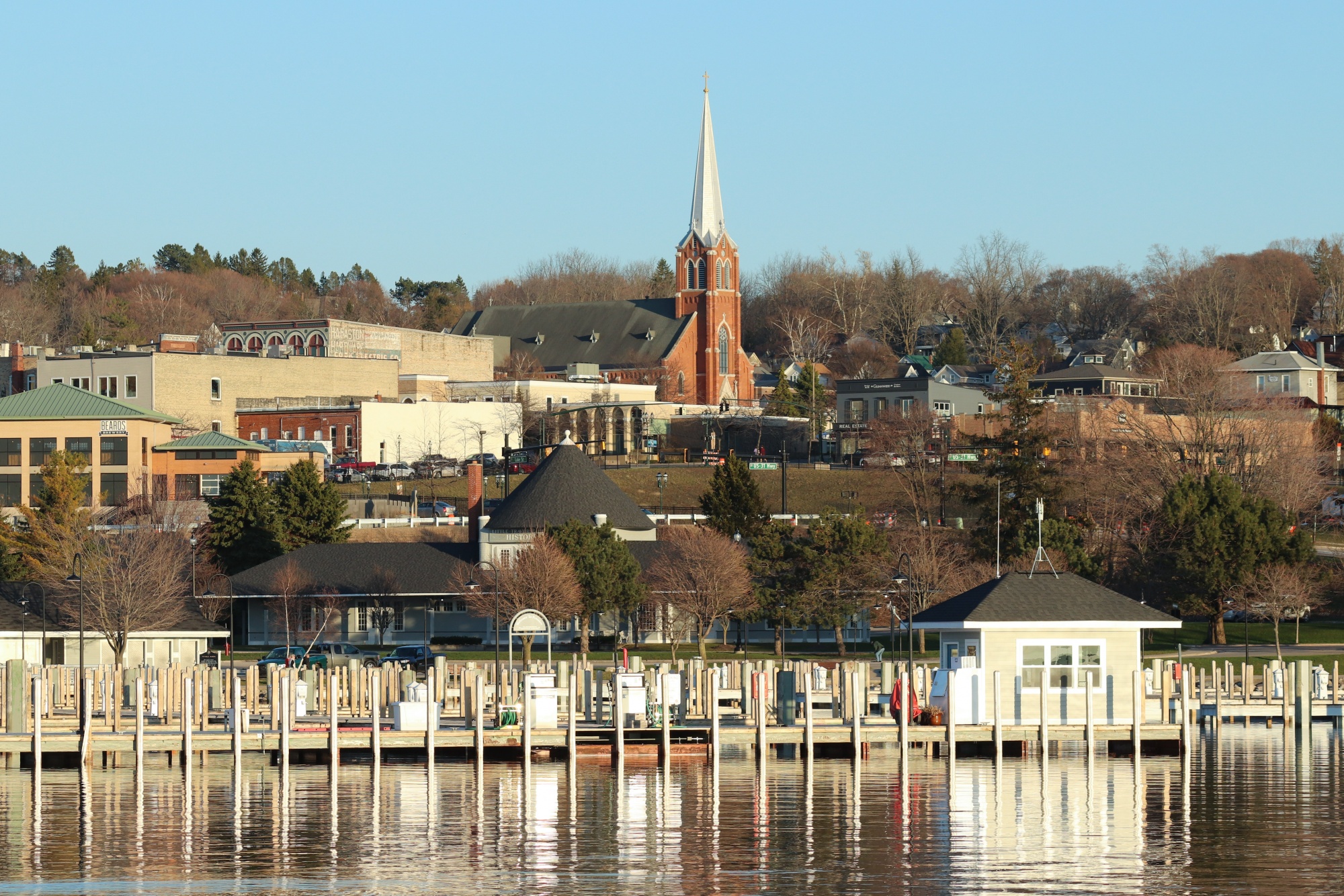 This coastal town is found up north in the Little Traverse Bay of Lake Michigan. Petoskey is a charming lakeside community known for its natural beauty, historic Gaslight Shopping District, and Michigan’s official state stone—a fossilized rock called Petoskey Stone. One of the first things to catch your eye is the elegant Victorian architecture in so many of the homes and buildings. The Bay View community alone has more than 400 homes on the National Historic Register. 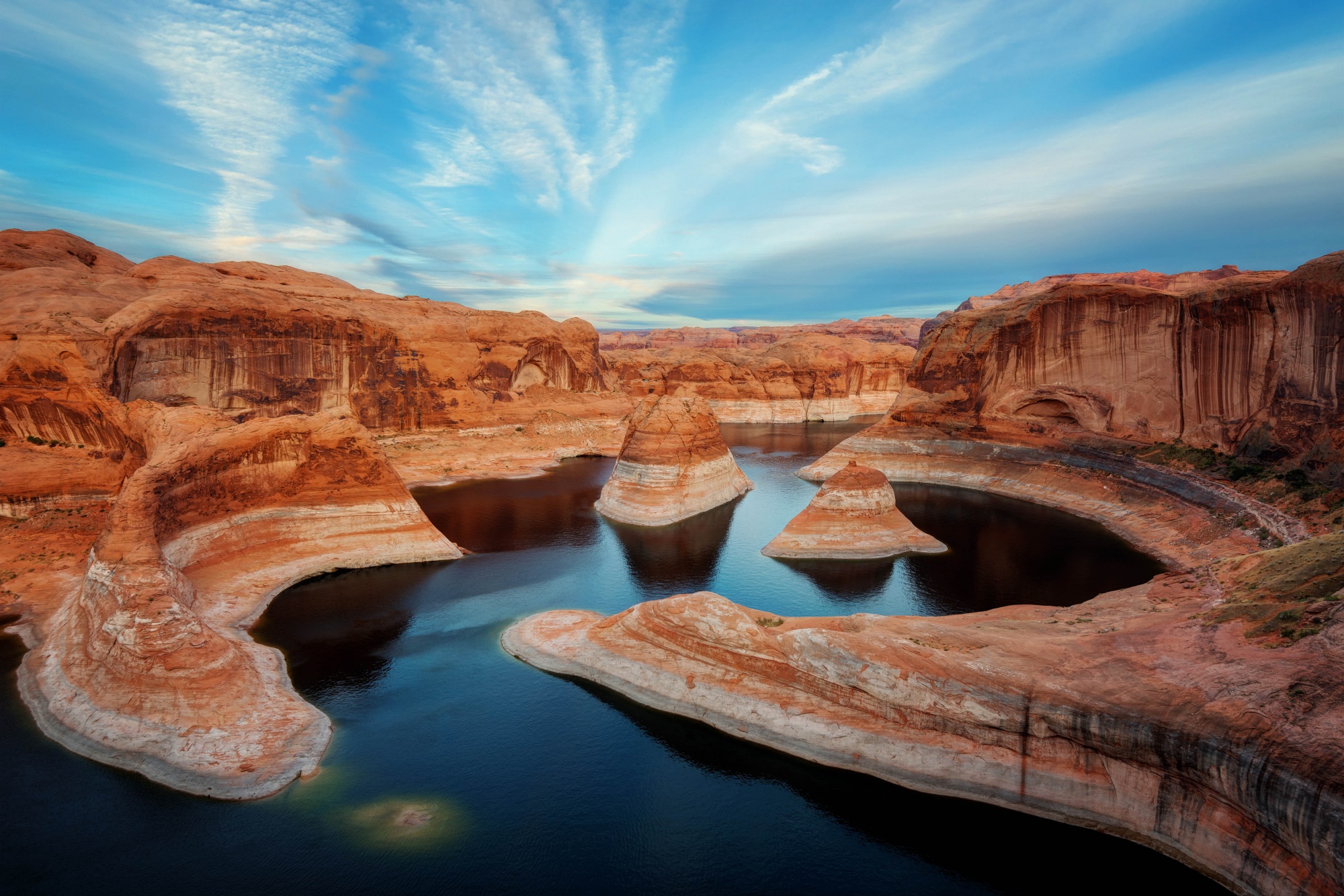 Lake Powell’s placid blue water runs right into sandy beaches, adding swimming and boating to the hiking, camping and sandstone dynamism you’ve come to expect from southern Utah. It’s been called “America’s lost national park” because the flooded canyons look so much like the federal designations that surround it. Meaning it’s the desert without all the dryness. Unique to the lake is the deluxe houseboat rentals, one of Erin’s favorite getaways. 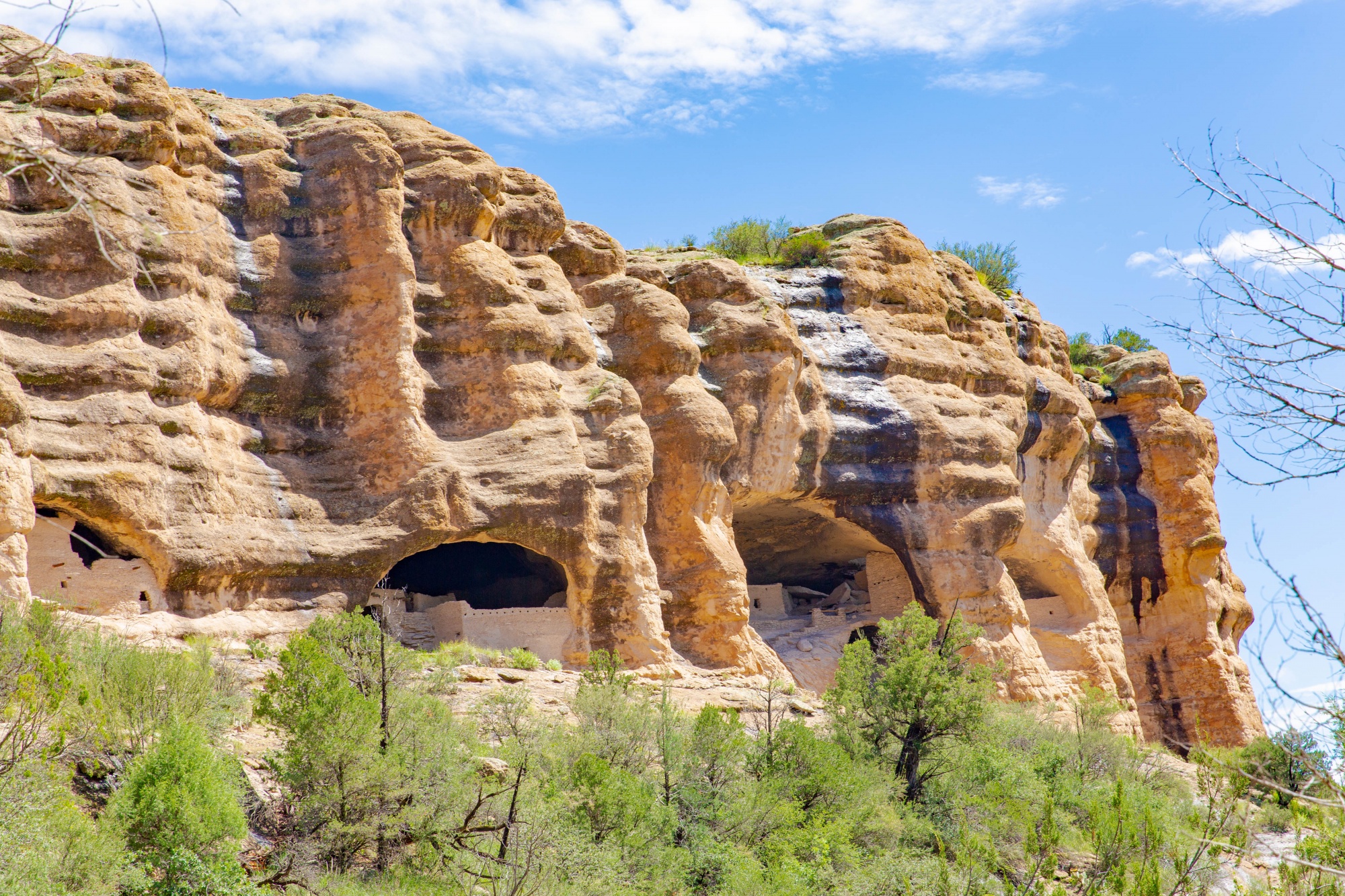 For thousands of years, groups of nomadic people used the caves of the Gila River as temporary shelter. In the late 1200s, a prehistoric Native American people called the Mogollon, decided it would be a good place to call home. They built rooms, crafted pottery and raised children in the cliffs. Today, you can get a glimpse of the past by exploring the preserved cave dwellings. You can also enjoy camping and the natural hot springs found nearby at Gila Hot Spring Campground. 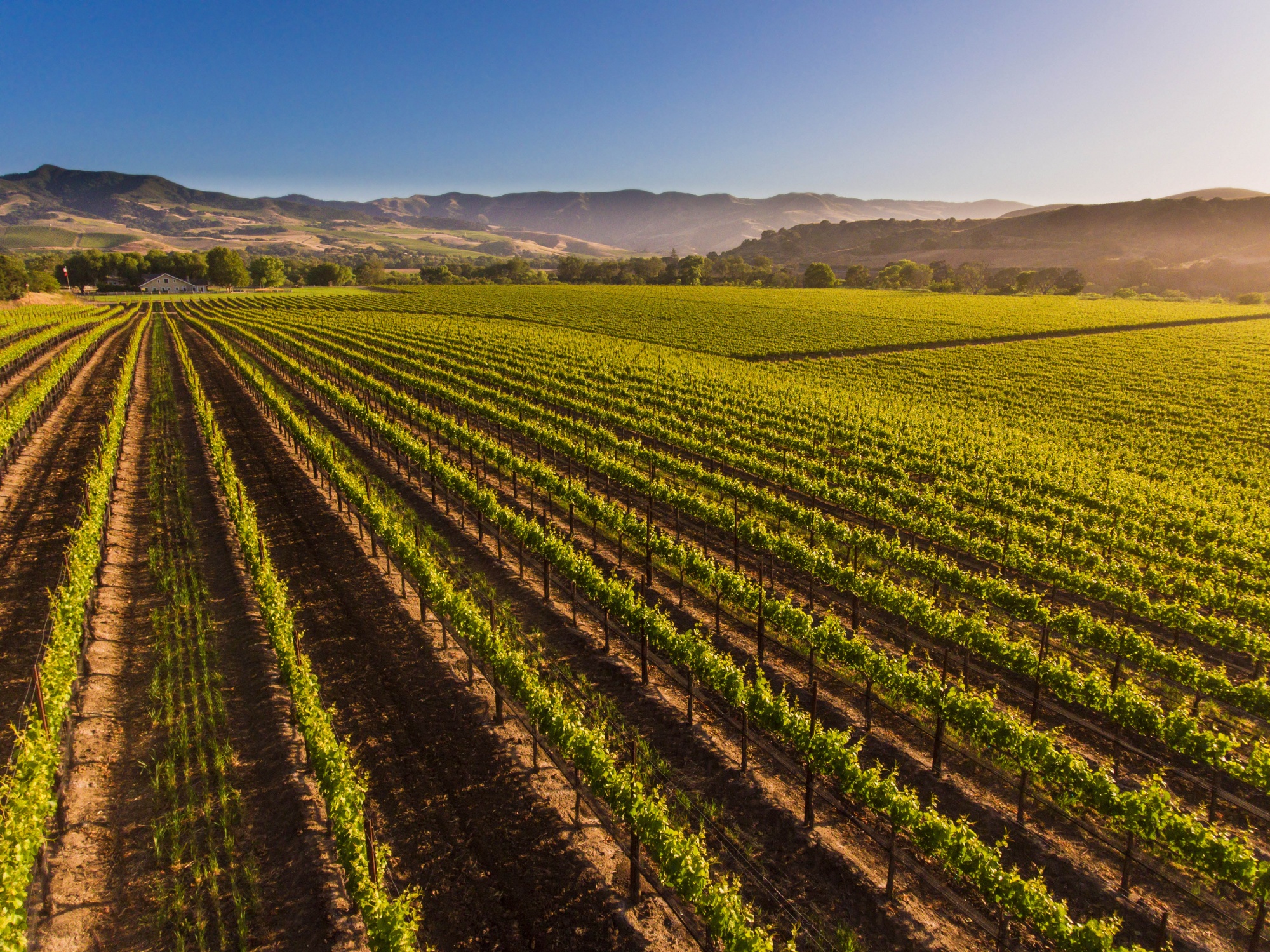 The Santa Ynez Valley is located in Santa Barbara County between the Santa Ynez Mountains to the south and the San Rafael Mountains to the north. This picturesque, agricultural valley is just over two hours from Los Angeles but feels like a world away. The tiny town of Solvang boasts Danish-style architecture, while the small town of Los Olivos offers a one-stop wine country experience without the Napa Valley Crowds.

Grand Teton National Park is home to over two hundred miles of trails with rich wildlife, pristine lakes and alpine terrain. It’s also home to the impressive Teton mountain range, and its robust share of bears, bison and moose. Nearby Yellowstone National Park usually gets all the attention, but Grand Teton National Park is a secluded, remarkable place. The almost pristine ecosystem boasts the same species of flora and fauna that have existed since prehistoric times.

Ready to explore one of these amazing destinations? Here are some suggested items to pack for your adventure, including waterproof boots, socks and backpack:

Need some more travel inspiration? Check out these videos with Erin’s packing tips, favorite destinations, and more! What are your favorite remote destinations? Please share in the comments below! 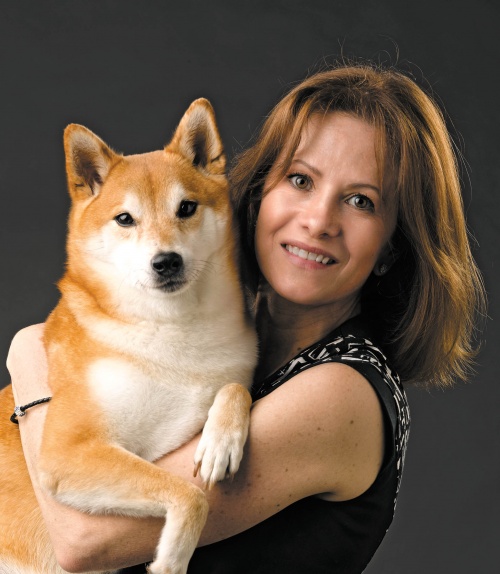 How To Choose The Perfect Rug For Your Space

Trying to choose the perfect rug for your space? Sharing the need-to-know info including size,…
Read Post
BEAUTY

Foundation Types: How to Choose What’s Best for You

Sharing helpful tips on finding the best foundation for YOU! Including everything you need to…
Read Post
Shop 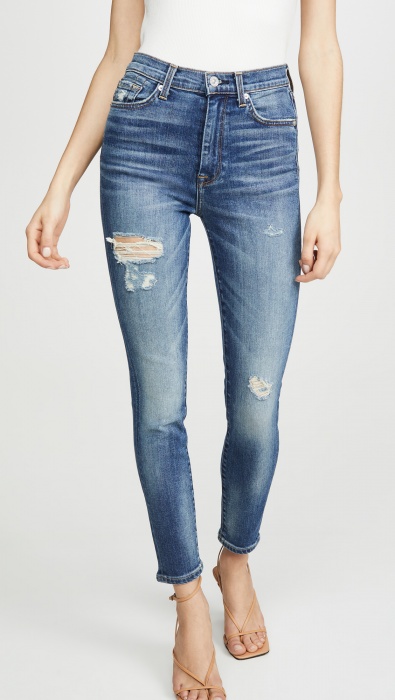 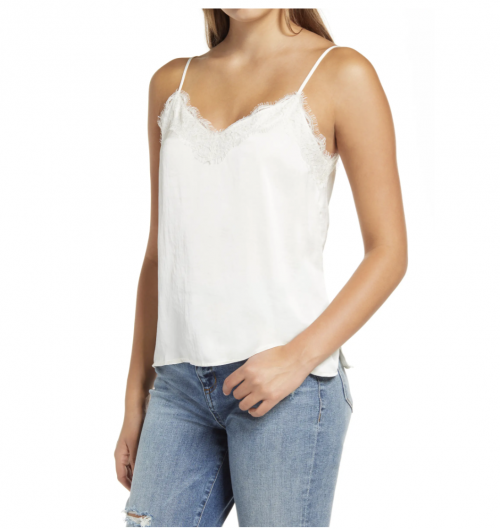 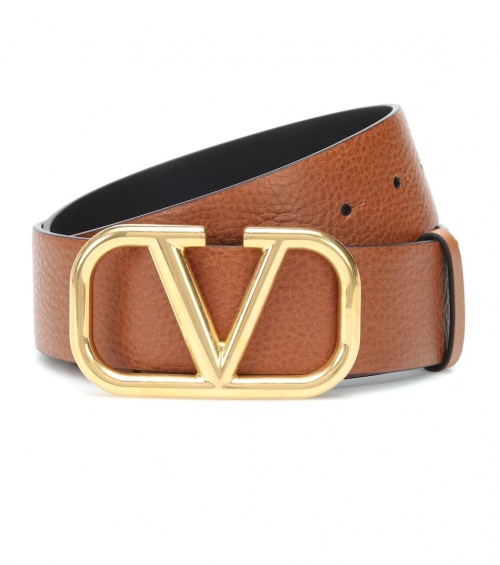 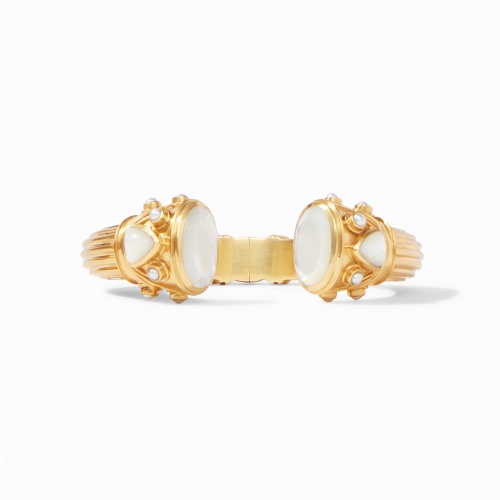 How To Find The Perfect Denim Jacket

Sharing everything you need to know to find the perfect denim jacket including sleeve length,…
Read + Shop
Shop 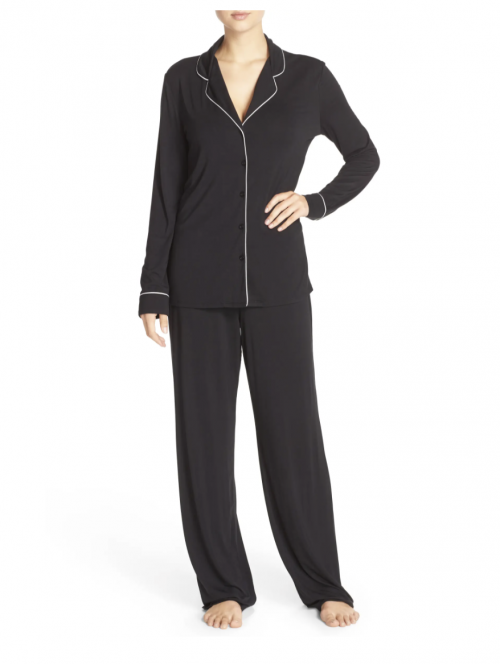 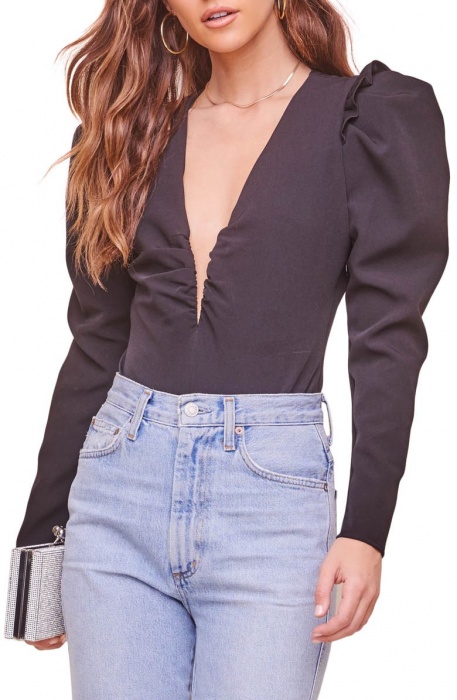 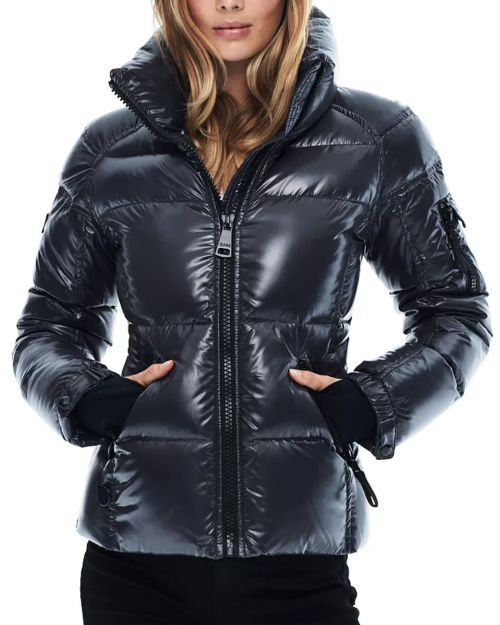 Your Top 5 Favorites Products Of November AND December! 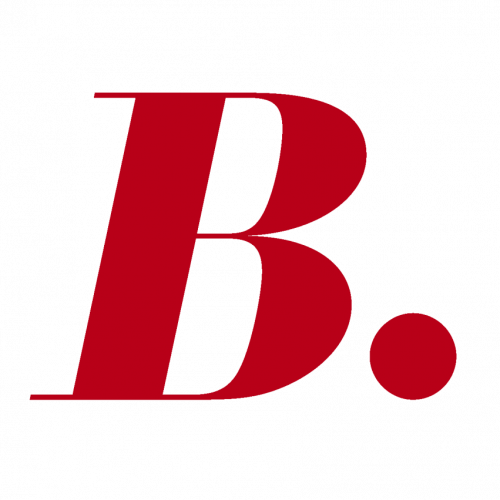