About five months after having my son, I could fit back into my jeans, which was a very exciting milestone! I was also back to my pre-baby weight. So…it looked like everything was back in order.  Except…it was not.

My legs, arms, and tummy were such a mess! Pretty much everything felt jiggly and stretched out.  To try and fix this, I defaulted to what I know best… running. I trained and ran the San Antonio half-marathon. One would think after several months of regular running and sensible eating that my body would be back on track. Except…it was not.

I could literally take skin from my stomach and stretch it out multiple inches. I tried a drastic Paleo, 30-day diet. That worked for weight, but did nothing for the jiggle or excess skin.  I had just about resigned myself to a lifetime of loose tops and mom jeans….until I discovered Tracy Anderson.

I don’t often toss around the word ‘magician,’ but what this woman has done for my body after not one, but two pregnancies is nothing short of MAGIC.  It’s still not perfect, but I can now wear fitted tops and mid-rise jeans which is magic enough for me.  Take a look at the before and after pictures below…

It’s called the Tracy Anderson Method: Post Pregnancy Workout.  If you want to try it before buying it, you can find the video in its entirety on YouTube.

I did this five days a week for six weeks. To save time, I skipped the warm-up and cool down. (I’m not suggesting that’s a good idea, that is simply what I had to do from a time perspective.) I also reduced carbs (breads, rice, potatoes), but I didn’t deprive myself of daily treats like french vanilla coffee creamer and a skinny cow ice cream sandwich.

This Post Pregnancy Workout DVD is really difficult! I promise you will hate Tracy, the music and me for the first week, but stick with it because it is worth it.

IF you still aren’t convinced, think about how hard it was for me to post belly fat photos. 🙂

Email me if you have questions: Erin@BusbeeStyle.com 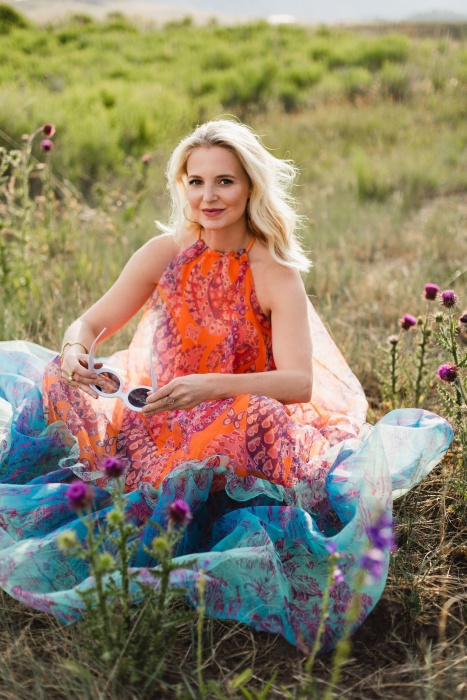 Erin Busbee
After a decade in TV news, a desire to help women "look pretty" sparked a career pivot. I started my own wardrobe consulting business, styling "real" women for many years. In 2014, I changed direction again, using my TV background and styling expertise to launch this website and my YouTube channel. We are now a community of well over 1 million dynamic, vibrant, amazing women over 40... who know that age isn't something you need to hide from. For us, life is just getting started!!
Follow Erin
Leave A Comment

Most Comfortable (And Stylish) Jeans Ever!!

What To Wear On Television

This is an outfit I wore recently for my TV segment with “San Antonio Living.“…
Read Post
ACCESSORIES

Every season there are several standout trends from the runways. This fall 2013 season, Neiman…
Read Post
STYLE