I’m 46, Learn How I Manifested The Life of My Dreams
Skip to content

I’m a BIG believer in manifestation. I only recently started calling it “manifestation.” Before that…I just called it “Positive thinking.” For as long as I can remember, I have believed that if you set your mind on something, ANYTHING is possible. We grew up very poor, but I decided I was going to attend a private college and study abroad in Paris. These are two things I had NO BUSINESS dreaming about, but I achieved both. I did hypnosis WAY before people really talked about it. I read the book, “The Power of Positive Thinking.” I watched the movie, “The Secret” back in 2004. I’ve never shied away from growth and trying new age treatments and ideas. Literally, name it, I’ve tried it. Acupuncture, magnetic therapy, cupping, theta healing, breathwork, meditation, tapping, etc.

I firmly believe now more than ever… no matter what your age, or where you are in life, you can manifest anything.

Below, I’m sharing more manifestation stories and some invaluable tips and resources to help YOU live the life of your dream. 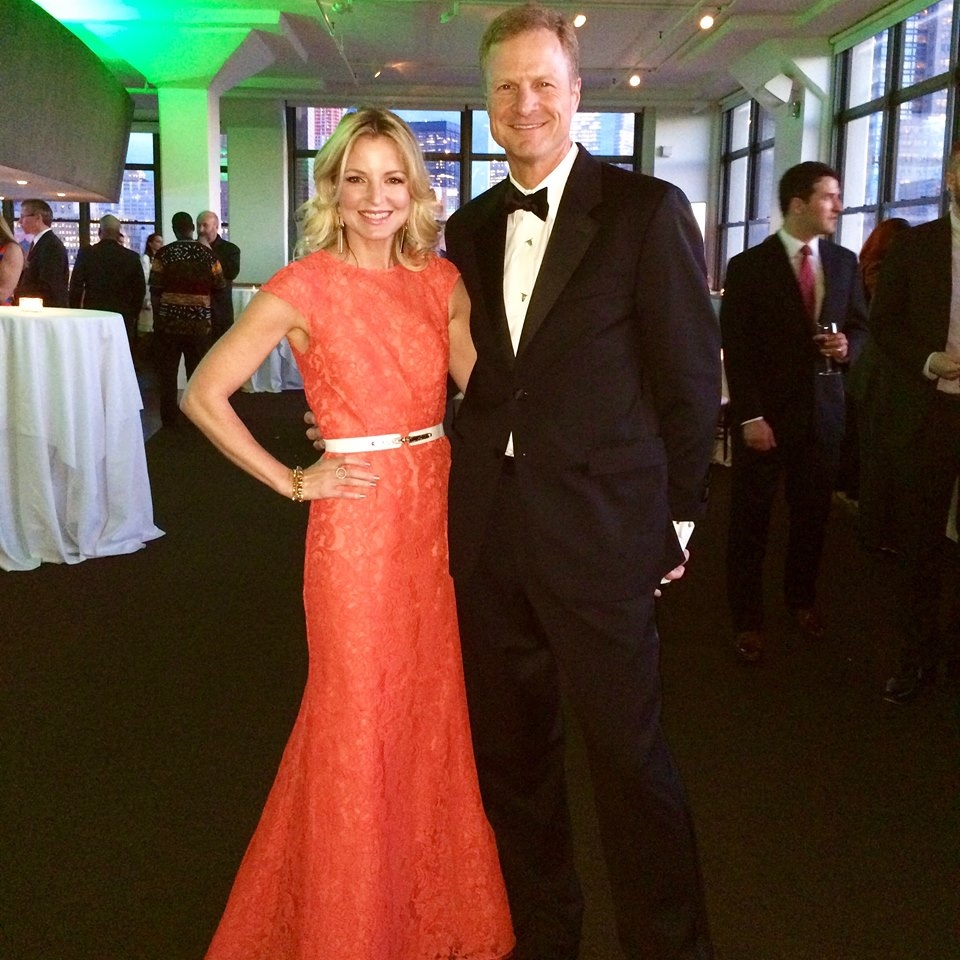 One day I watched an Oprah show where she talked about making a list to find your life partner. She didn’t say make any list… she said to make a list of exactly what you want in a partner. For example, instead, of listing things like ready for commitment, you should write something more specific like ready for marriage.

Dating in New York City where the ratio of women to men was 3 to 1, I encountered some pretty interesting situations. I basically felt like I had experienced MANY Sex in the City episodes. (I still LOVE that show!) But, living the show is so much less fun than just watching.

Right before meeting Chris, I was in a short-term, whirlwind relationship with a guy that I really liked. I felt we had potential. He even introduced me to his family over Thanksgiving. When we returned to the city… poof, he vanished. Talk about surreal.

After that heartbreaking, and confusing experience. I was SO DONE. I no longer had the patience for organic dating. Organic dating meant waiting and wondering when that freak flag would fly and in NYC the flags were VERY large and unpredictable. So, instead, I decided to make my Oprah list and sign up for online dating. I created a Match.com profile even though I vowed I would never do online dating. I realize now, this is what manifestion gurus would call, “inspired action.“

Chris was the first person I met. And, you know what…? He had every quality on my 44-item list. Well, except for the age. My list said “30 to 40” and he was 42. 😉 In addition to my list, I also had told innumerable people that I wanted to live like Maria and marry someone like Capt. Von Trapp from the movie, “The Sound of Music.”

After our first date at the Manhattan Diner on 77th and Broadway, Chris at 42-years old (never been married before) called his mom and said, “I just met the woman I’m going to marry.” His mom, rightfully so, was in shock and took a minute to respond.  One of our first trips after meeting, Austria. We went on The Sound of Music tour. Chris also speaks German and is passionate about educating kids about the Holocaust. In other words, not only did he have all of my list qualities… he was also similar in many ways to the character, Capt. Von Trapp!

13-years later, I still feel like I hit the husband lottery. Chris is my rock. Loyal. Solid. Hilarious, successful, accomplished, SO adventurous, and interesting. Chris is my biggest fan and best friend. 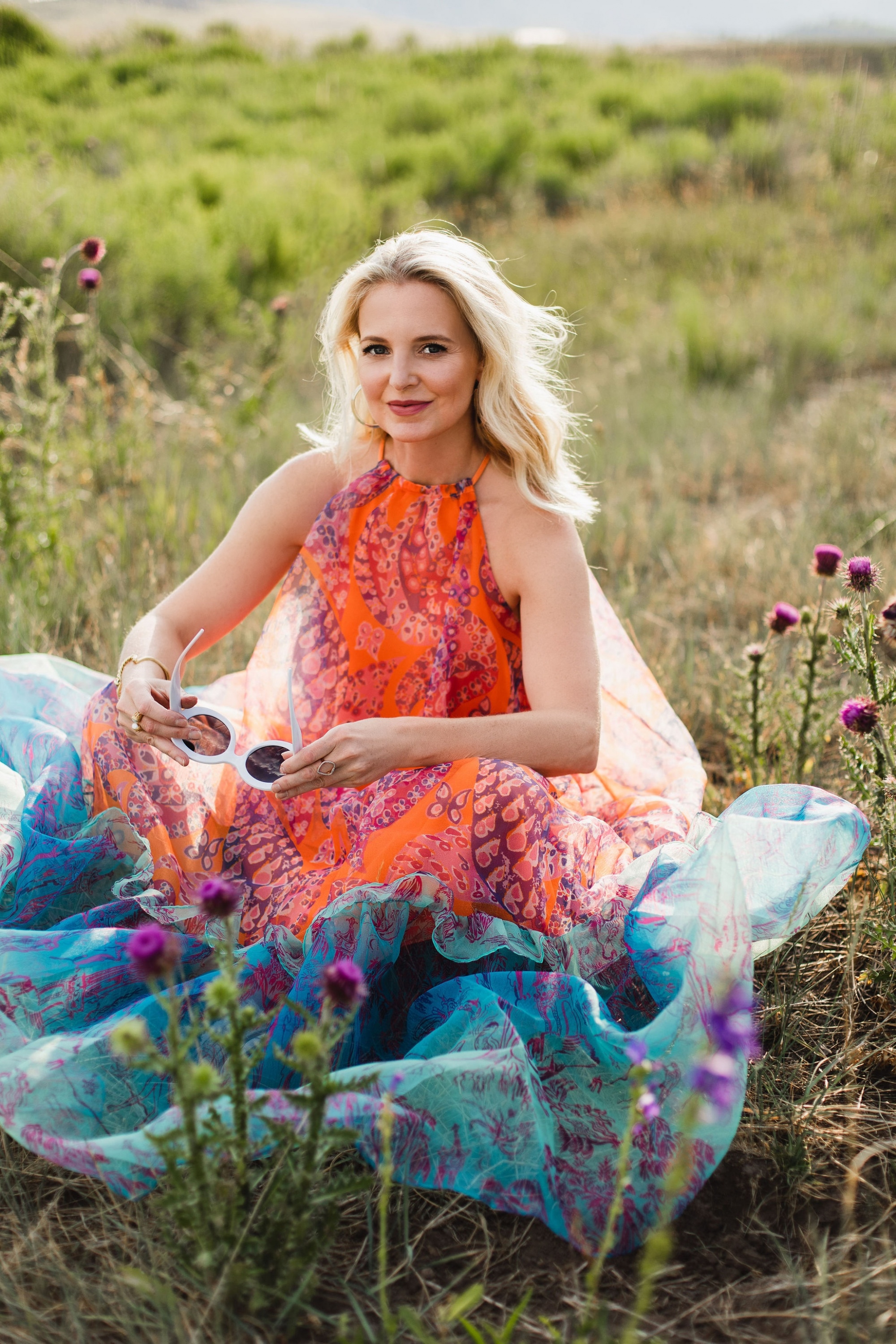 Another thing I manifested… where I wanted to live. Remember that I’ve always wanted to live like Maria Von Trapp. And, now that I am married to the captain, I can focus on getting to the mountains 😉 But, before I talk about how I manifested mountain living, it’s important to note that I also mentioned to several friends, multiple times that I wanted to marry a Texan and live in Texas. Some of you may be like…what?? That’s so random. Well, I had two disastrous relationships with foreigners. One was British. The other was Australian. No disrespect. I honestly think these two men were exceptions.

I noticed in New York that Texas men treated women really well. They were polite, respectful and saw the value in opening doors and more traditional manners. I really loved that! I also said, I want to meet and marry the MOST American man I can find. So meeting Chris and having our time in Texas going to rodeos, eating Tex Mex and BBQ, experiencing ranch life, is a very important part of my manifestation journey.

When Elizabeth was 3 months old, I told Chris, “I NEED to get out of the house and go somewhere.” Chris has been EVERYWHERE. Remember he was a bachelor until age 42. He also traveled internationally for work. I asked him, “Where have you NOT been?? That’s where I want to go.” He said, “Well, I’ve always wanted to go check out Telluride, Colorado, and I’ve never been. What do you think?” I immediately answered, “Yes. Let’s go!” (inspired action)

When we arrived in Telluride, it was raining. We walked through Town Park, and as the rain was letting up… a rainbow appeared. I turned to him and asked, “When can we move here?“ 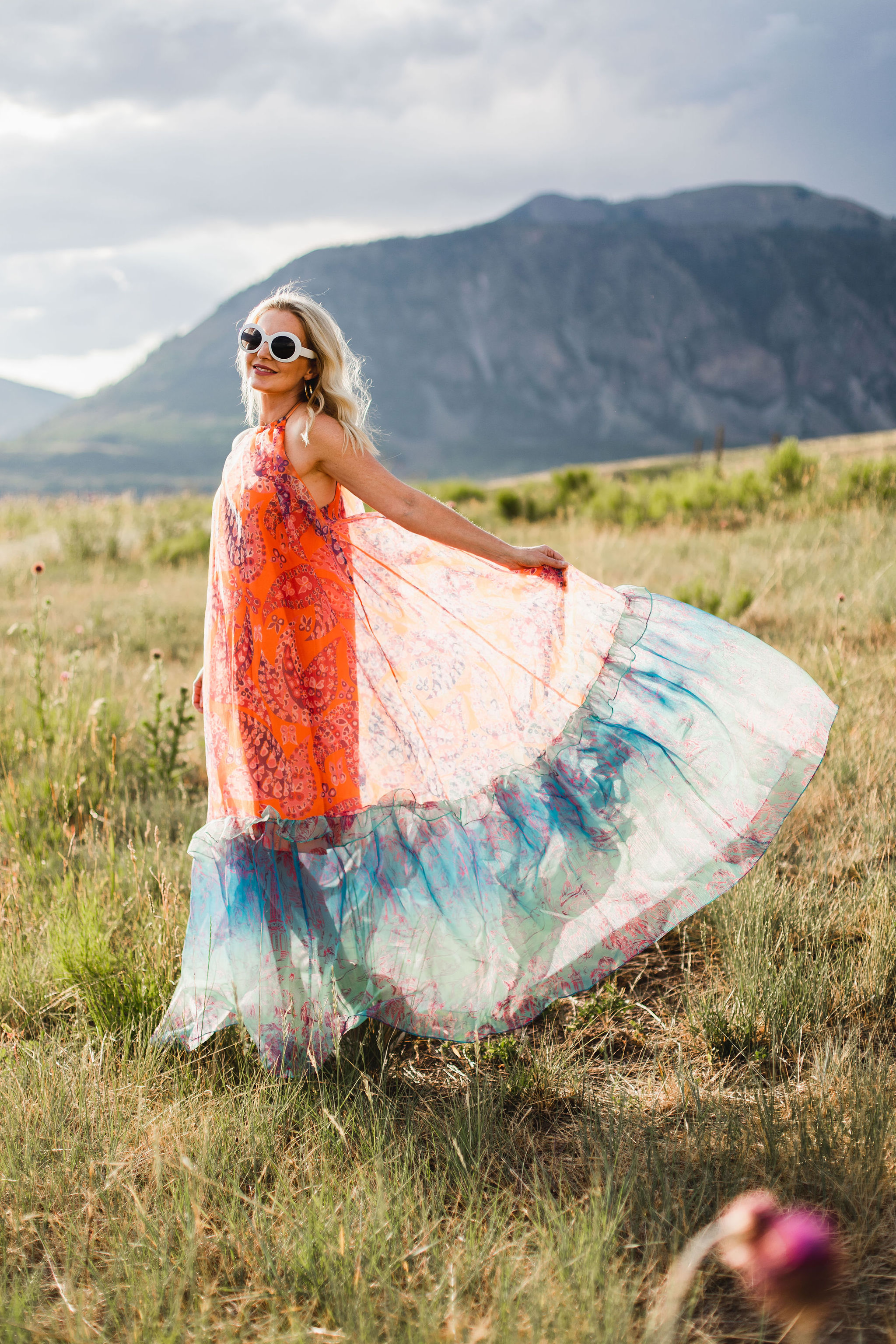 VERY early in my TV news career, I told friends and family that I wanted to be an Entertainment Reporter in New York City. If you are familiar with the TV news landscape, you’ll understand that this is a really tough goal.

I started my journey working in my hometown of Watertown, NY. I was a one-woman band. I shot video, edited, and also reported the news. After a year or so, I was promoted to morning news anchor. After two years in Watertown, and lots of manifesting and networking, I got a job in Rochester, NY as a general assignment reporter. After my dad passed away, I decided to quit and move to New York City since I always wanted to live there.

In NY, I had to start over in TV news. My first gig was overnight news writing for WNBC’s morning show. I started filling in as Associate Producer, then was able to secure a spot producing a sweeps series about dating called “Single in the City.” The news director noticed my work and offered me a job at WCBS as the first-ever Entertainment Producer. She said she wanted me to teach the traffic reporter how to be a news reporter. (CLOSE to my goal!!) I did this for many years. A common thing in news, regime change. I met with the new news director. He bluntly told me that my job was a luxury and unnecessary. “What else can you do??“

I said, “Well, I have extensive experience on camera too.”

“Great, well, I need a traffic reporter like yesterday. How about you give that a whirl?“

I quickly responded, “I’ll do it, but only if you let me do Entertainment and Fashion Reports for the evening newscasts.”

My first assignment was covering the MTV Video Music Awards. I wasn’t in the newsroom, but my best friend called me to congratulate me and told me the whole newsroom applauded. It was unheard of for a producer to be on the air, but I did it! I checked my box and decided on that very day that I was done with TV news.  Neither the Entertainment Producer nor Entertainment Reporter position existed at WCBS after I left. 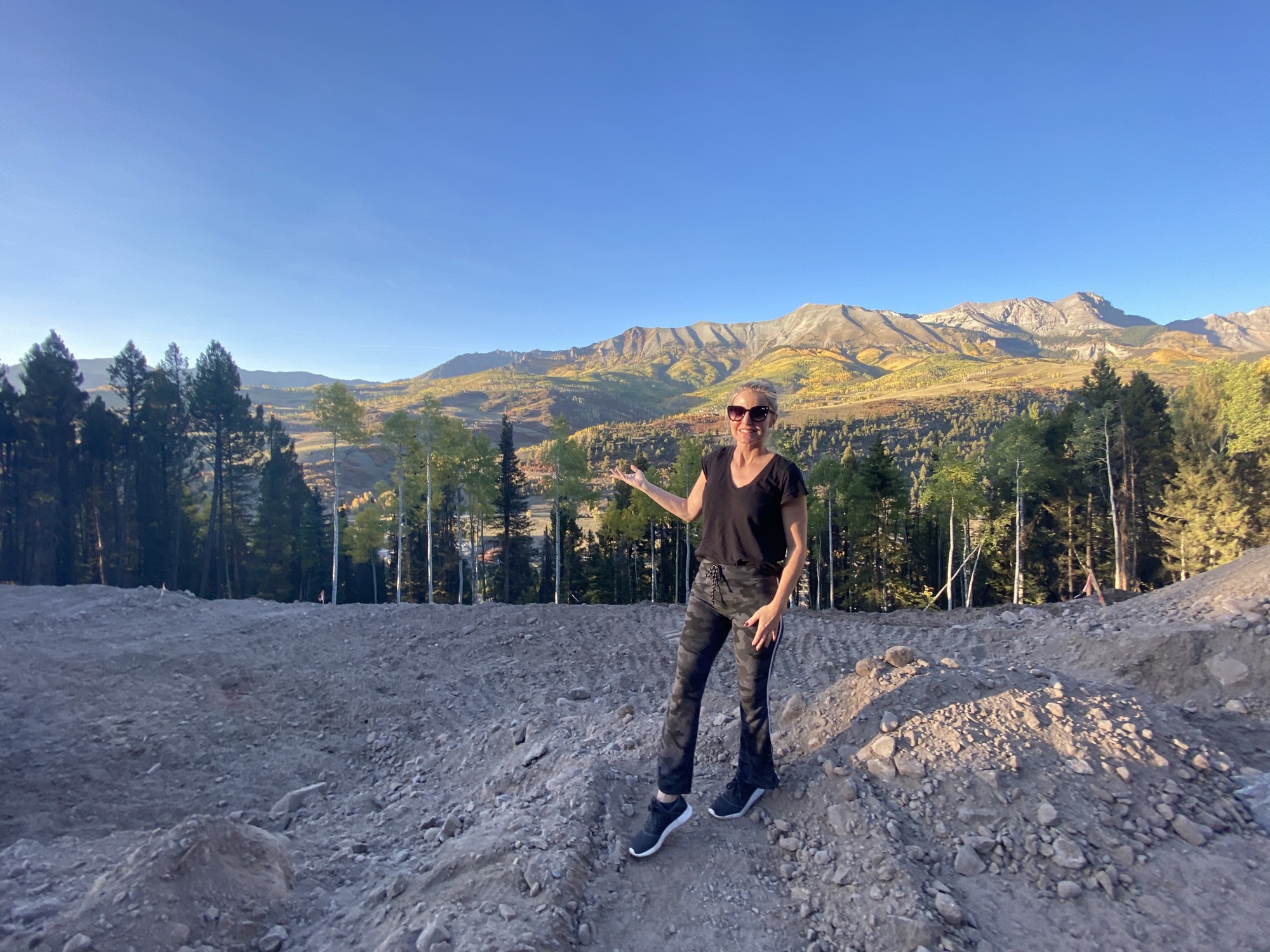 For the last couple of years, I have expressed my desire to build a house, but NOT from scratch (for lack of a better term). Here in Telluride, it takes 2 1/2 years to build from start to finish. I told Chris that I want a shovel ready project that we can put our stamp on.

Well, I am OVER THE MOON to share that we found it! Exactly that. We found a project that is already 1 year into the process. We can customize the interior and some of the plans, which we’ve already done, and the choices are limited… just as I wanted!! The builder chose a designer who selected all the finishes and we can sign off on the design choices or choose something else. It takes the overwhelm out of the equation.

The house is contemporary, which is the style I love. It has space for my dream “Cloffice” and it has the exact view that I dreamed about. In other words, it’s exactly what I wanted.

Before we took on this project, we needed to sell our existing house.

My husband said, “We won’t sell the house for that much.”
And, I quickly responded, “Oh, yes we will.”

Our house closed this week, and we are setting a record per square foot record for our development!

Up until last week, we had no clue where we will live in the interim, and guess what…? We found a wonderful rental home that will be just perfect for us while we wait for our house to be built.  I wasn’t too panicked about the whole thing because I know the universe has my back. 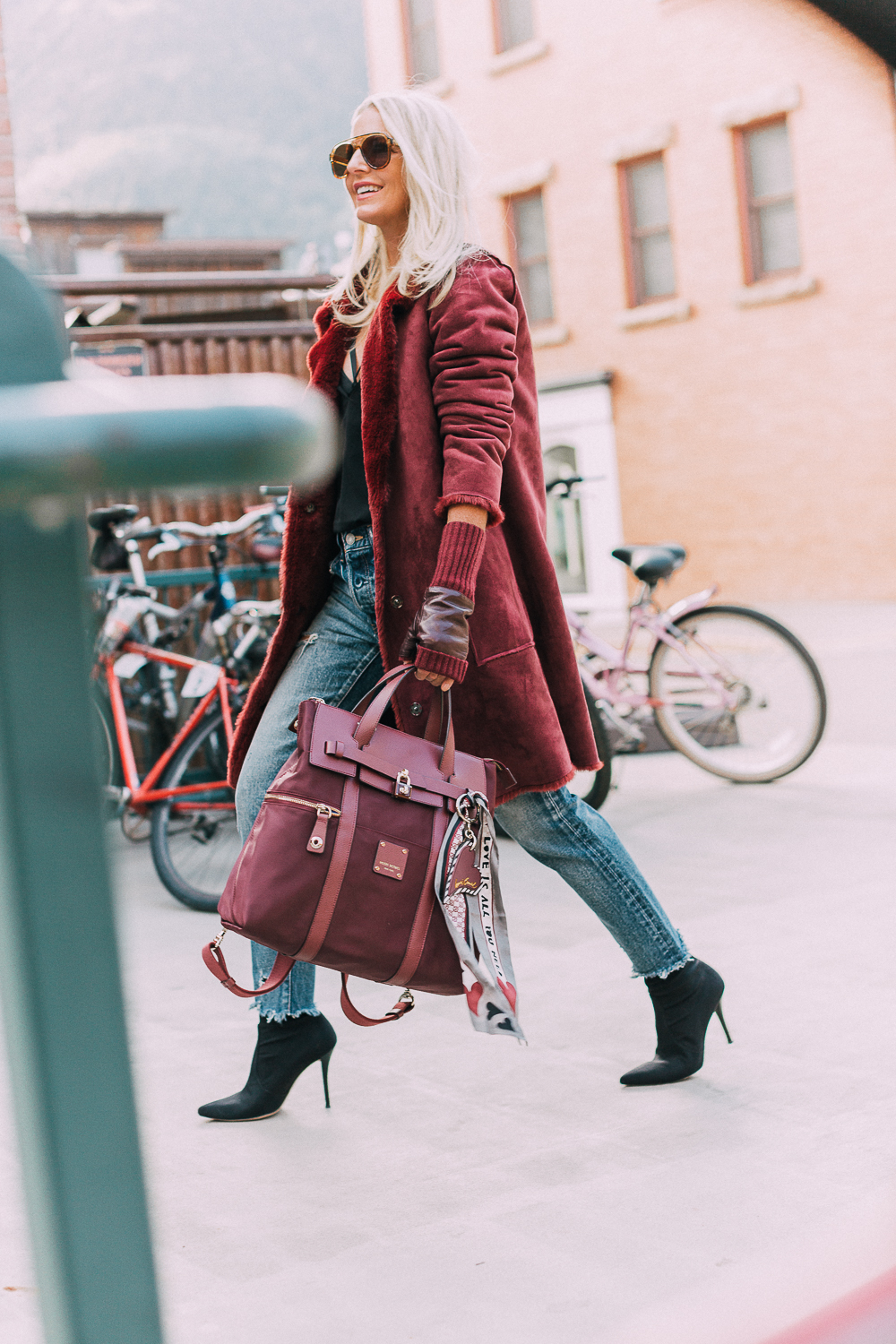 I was the BIGGEST Henri Bendel fan. I worked with them for years pretty much every month. I sold tens of thousands of dollars worth of their handbags. I have many memories at the flagship 5th Avenue store, including meeting Bobbi Brown, media training the CEO, and attending the amazing Bendel Beauty Breakfast annually. When they closed, it left a hole in my heart. That is… until quarantine hit. And, it hit me that HB also left a hole in the market!

I am in the beginning stages of designing a handbag with similar functionality of my favorite Bendel bag (pictured above)… a tote, crossbody, and backpack all rolled into one. If you missed my video on the project, you can watch that here. I’m designing the bag with your help. So far, the feedback has been incredible. I am focusing on manifesting a successful launch, down to the number of sales.

I want to live in Spain for at least a few months with the family to learn Spanish. Spain is closed right now, but I will figure out how to make this work as soon as they open up.

How about YOU?? What are you manifesting?? You can share your manifestation story in the comments below. 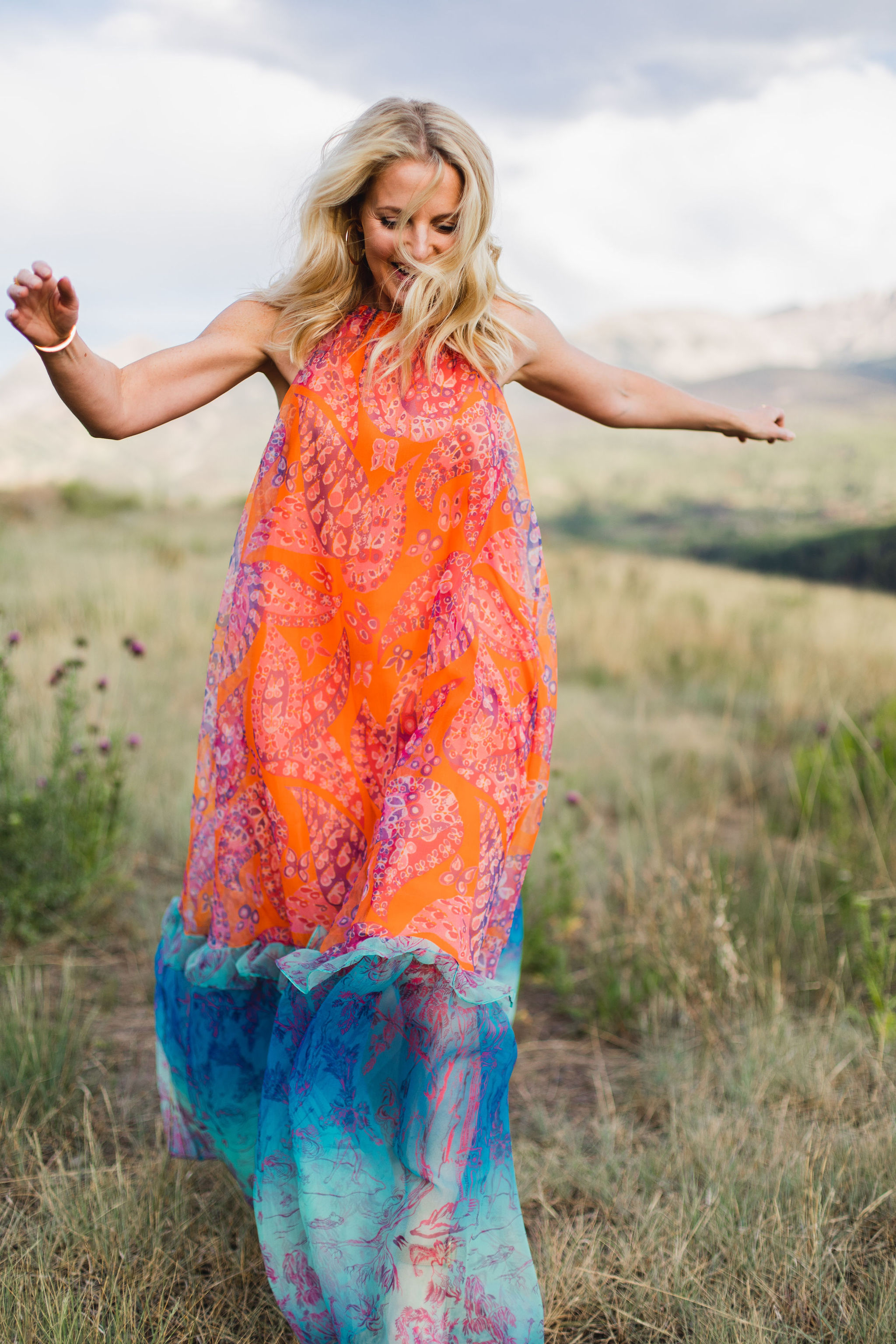 There are tons of amazing resources out there, courses you can take, books, therapeutic sessions.

My most recent manifestation courses are:

Do you have an awesome book suggestion?? Please share it in the comments below.

I have a vision board on my desktop computer as a screensaver. I made it in Canva. I wrote a specific two-pager Word doc about my life in 2-years. I am doing hypnosis regularly and I’m trying to do a guided breathwork session once every couple of weeks. I would like to try EMDR next.

Thank you for listening to my story and sharing my journey. Now, it’s your turn. Can you share your manifestation stories in the comments below? I would be honored to hear them. 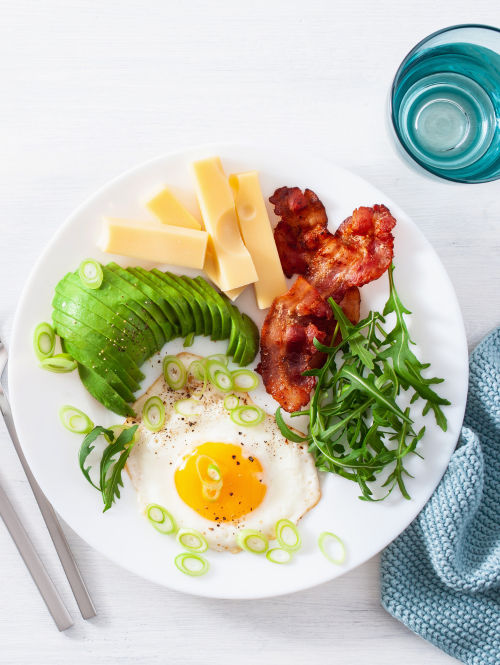 LIFESTYLE//
How To Battle Weight Gain During Menopause 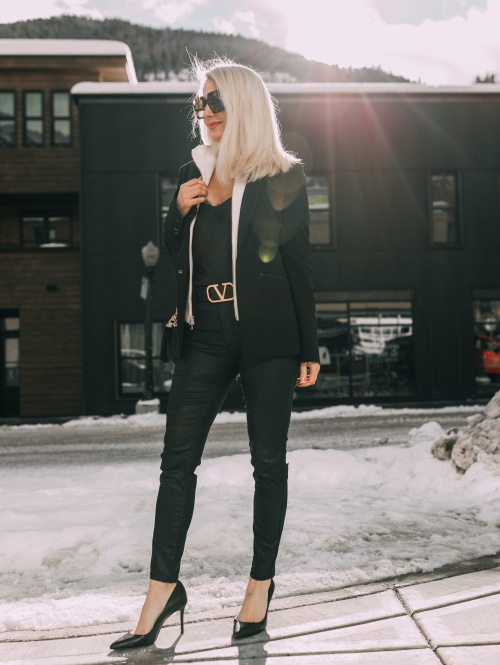 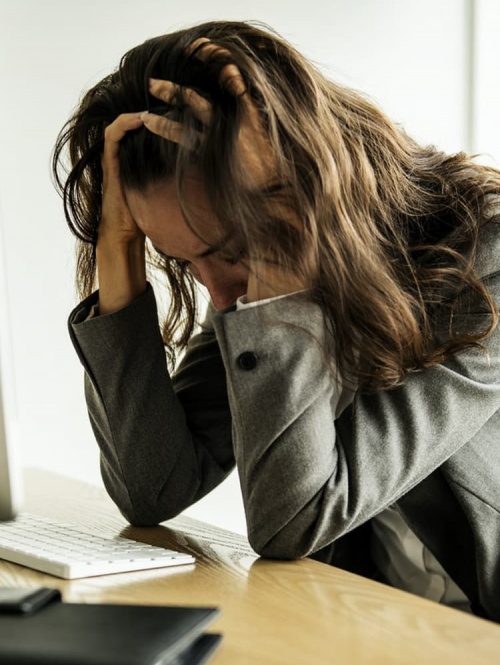 LIFESTYLE//
What Vitamins Give You Energy – Fight Tiredness, Stress, and Fatigue 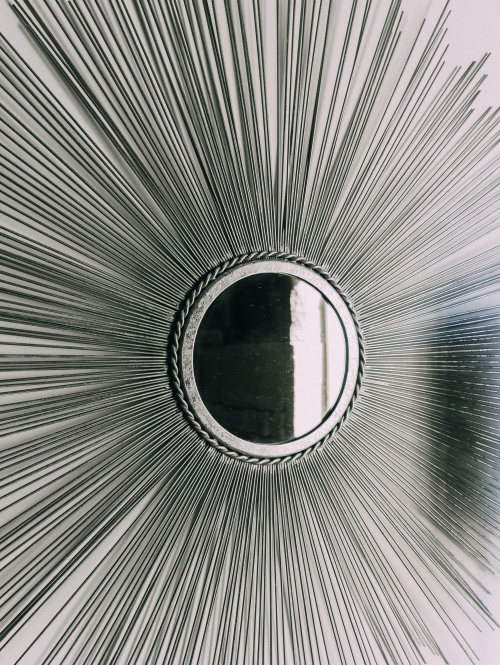 LIFESTYLE//
How To Pick The Perfect Mirror For Your Space

Get a NEW Shopping Magazine full of my TOP PICKS from the Nordstrom Sale, all Nordstrom Sale posts, FREE Wardrobe Basics Checklists for ALL seasons, a Lookbook full of outfit ideas and My Weekly Newsletter!